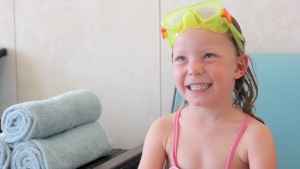 A few weeks ago, Jay Goldberg strode into the hotel pool room with his three wide-eyed children to find eight mermaids and four sharks perched on the pool ledge. They watched in surprise as the group dove in to play Sharks and Mermaids amidst screams and splashes.

His children were delighted.

“Family reunion?” he wondered, “Or is this Fin Fun?”

Sure enough, an employee from Fin Fun approached to explain why they had invaded the hotel’s pool—for a product photo shoot. Now it was Fin Fun’s turn to be surprised. Not only had the Goldberg’s figured out their identity, they were customers!

“I had no idea they were based here,” Goldberg said. He and his family, from Utah, were passing through Idaho Falls, Idaho, after a weekend in Jackson Hole, Wyoming.

His daughters, Olivia, 7, and Brooke, 5, are currently addicted to the mermaid world.

In April, Olivia had a mermaid birthday party, of course—complete with mermaid cake, beach buckets, and a mermaid tail towel that Goldberg’s mother made. Brooke got one too.

“They love them. They absolutely love them,” he said. “Brooke, she loves it, but Olivia—her life is mermaids,” Goldberg said. 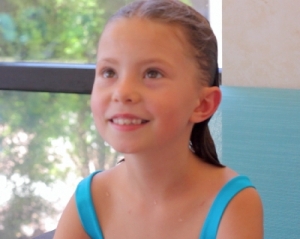 Goldberg says they are at the pool three or four times a week.  “I swim ten days a week,” Brooke said.

“They’re really rugged,” Goldberg said about the mermaid tails. Though he and his wife don’t let them into the hot tub because it’s more chlorinated, they have been pleased with the product, its comfort, and durability. The girls have had a lot of fun. They usually take them everywhere they go. Goldberg thought it would have been even more amusing if they had walked in on the Fin Fun photo shoot while wearing their own tails.

He says Olivia is hopelessly addicted to the show “H20 Just Add Water.” She pretends she is one of the mermaids and Goldberg says Olivia is often in the corner of the pool talking to her imaginary mermaid friends. She even used her tooth fairy money to buy a locket like the girls have in the show.

The girls were invited to join the mermaids in the pool and they even got in a few of the photos as well! 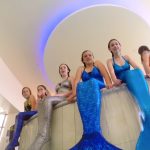 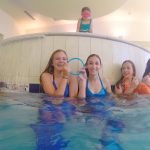 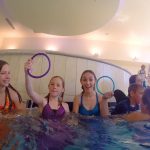 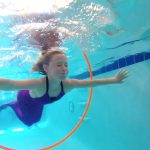 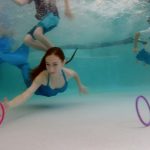 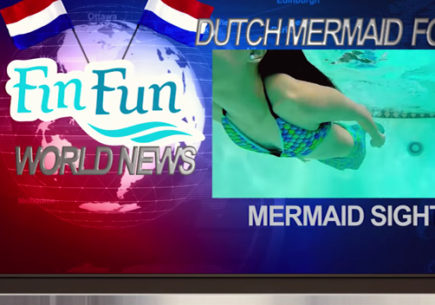 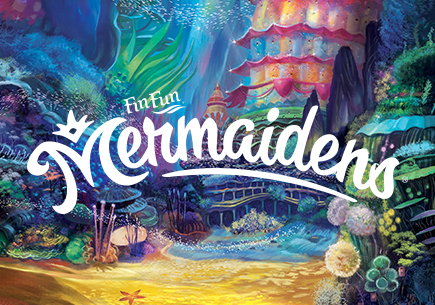 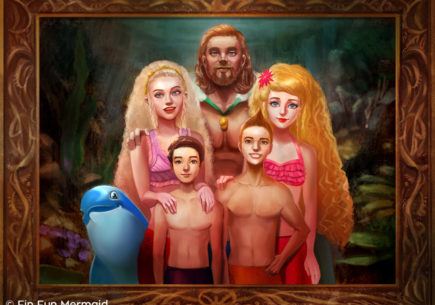 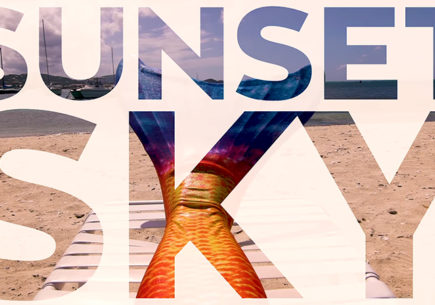 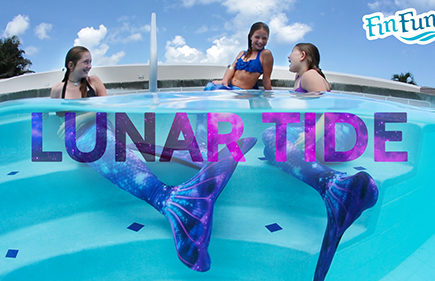 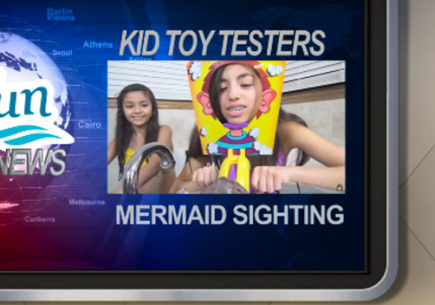 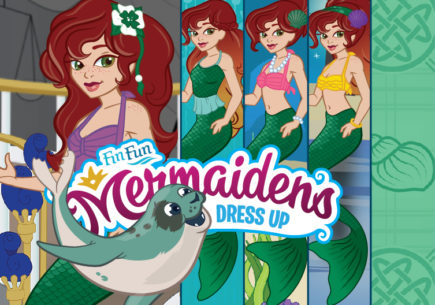 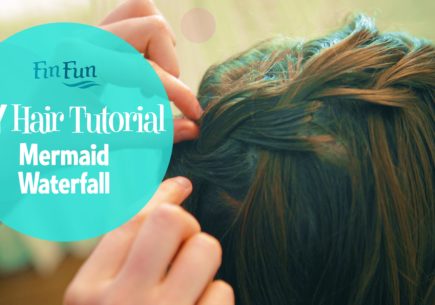