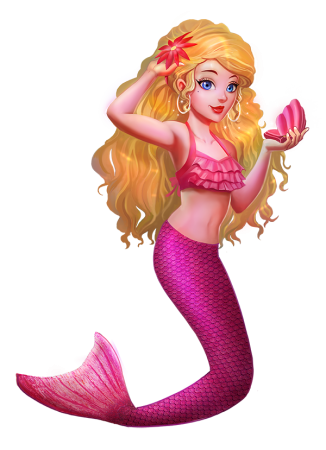 The water was still completely dark when I heard the call from a conch—powerful waves vibrating through the water was our wake-up call to start combat training in preparation for battle with Calisto, Damon and Noodles—hopefully one last time.

I was starting to get used to our accommodations at the MerCouncil’s headquarters, but I missed my home sea. I missed Sebastian and Coral and their mischievous grins. I missed my Mermom, whose sparkling green eyes always inspired me to live out my dreams. I do feel lucky to have spent this time with my princess sisters. And of course, having Sid around more isn’t too bad either…

I stretched my arms out and looked around. My sisters were gone! Looks like I was the sleepyhead of the pod. I pulled my hair in a ponytail, grabbed a seaweed snack, and swam out the door as quickly as possible.  As I made my way through the winding tunnels of the castle and into the courtyard, I could see Amani leading the rest of the Mermaidens and Sid in what appeared to be some basic tail exercises.

“C’mon Waverlee! We need that festive pink tail of yours to brighten up our morning,” Amani yelled.

I hurried over next to Sid. Why not take advantage of being late by positioning myself next to my splash? I began copying the tail moves that Amani was demonstrating for the group. Two tail flicks right. Two tail flicks left. One summersault. Then repeat.

“Am I supposed to be feeling this in my stomach?” Zoey cried out.

“Yes, Zoey. These moves will strengthen the core of your body and your tail in a way that traditional swimming does not. This will help you fight more nimbly,” Amani replied.

After several hours of intense tail routines, Amani swam to the center of the group with a large satchel on his shoulder. The deep black leather looked worn but strong. Delicate little swirls were carved into the exterior of the bag, reminiscent of his own exotic tail. Quickly, Amani began unloading rocks, staffs, bows, and two small swords from the container. He placed them on the ocean floor with care and asked for our silence. 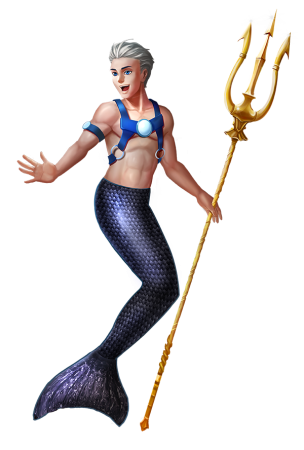 “Our royal Mermaidens…and Sid. Although the Merworld aims to live in peace and does not condone violence of any kind, situations do arise that leave us no choice but to arm ourselves and protect the meaningful life that we have worked so hard to build. As Mariana learned when battling King Malik, knowing how to use a weapon, and defend yourself against one, is a vital skill when you’re dealing with these kinds of merfolk,” Amani explained.

This sent shivers down my spine. I’d used my special powers to make waves that helped us find Calisto. But weapons? I wasn’t sure I was ready for this!

Seeing my uncertainty, Sid placed a hand on my shoulder. “Waverlee – this is just to make sure that you’re all prepared for the worst-case scenario. It’s very unlikely that you’ll need anything more than your powerful wave-making abilities.”

I sensed his sincerity as I looked into his turquoise blue eyes that seemed to never end. Sid had experienced a lot during the time he was on his own with his devoted Orca companion, Snowflake. I trusted his words and instantly felt better.

Amani spent another few hours showing us some basic defense moves and demonstrating how to use the combat tools that he had brought with him. My favorite was the bow and arrow. I liked how powerful I felt when I pulled back the bow and then sent the beautiful but simple arrow soaring through the water. It turns out, I CAN learn new things! Plus, some merfolk shoot a bow and arrow for sport with their friends. This could be my new hobby!

I could see the weight of the day wearing on each of us. Faces looked tired. My hands and arms hurt and my tail was as sore as ever. It felt like I had swum a thousand miles! As I finally departed sleepily (and hungrily!) to find my comfy shell, I reflected on my hard day’s work. I realized I was actually excited to use my new skills to protect myself and my sisters from harm.

Now I can’t WAIT to hunt down that evil witch and her minions to show her that the Mermaidens are a force to be reckoned with!