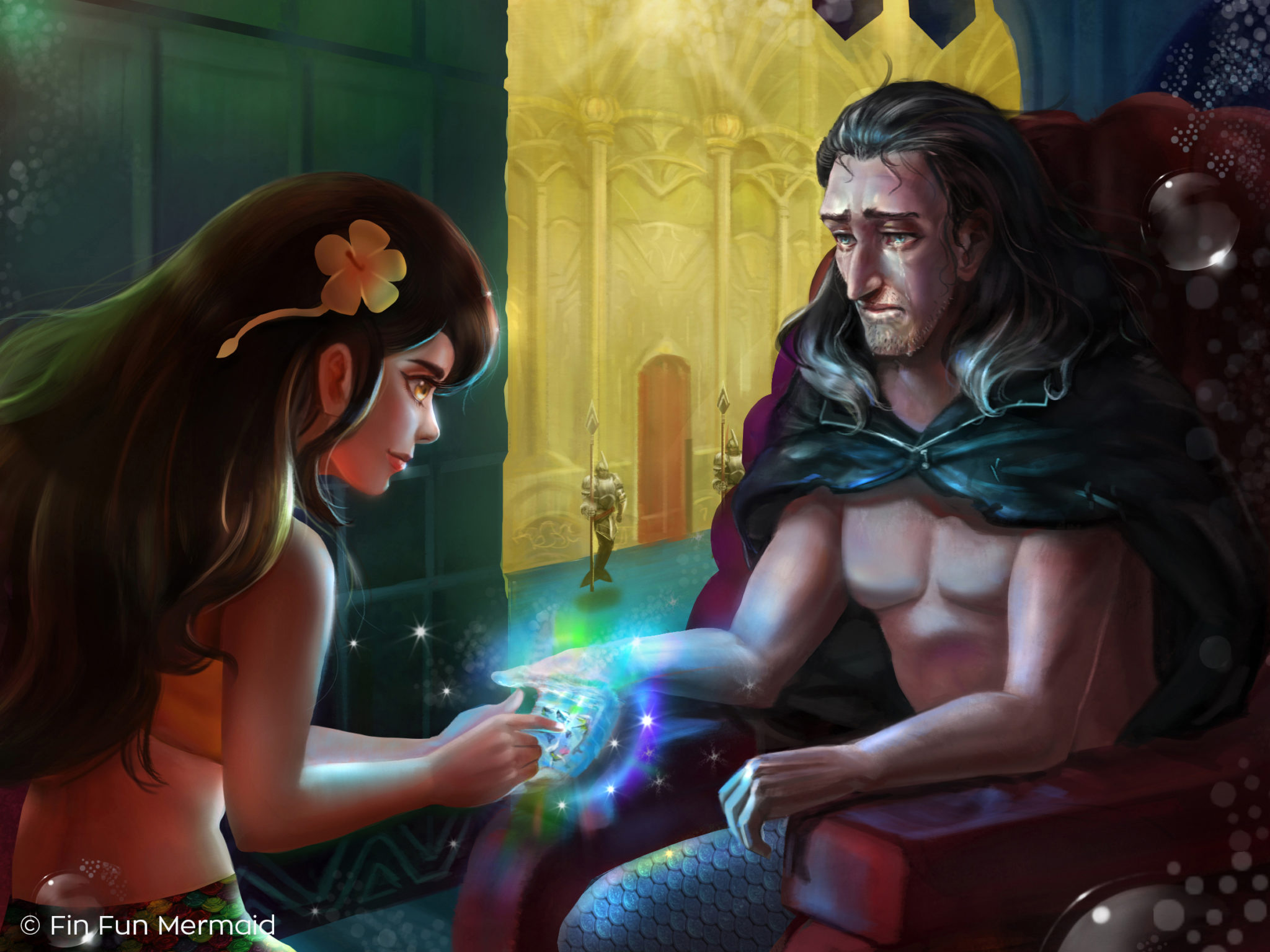 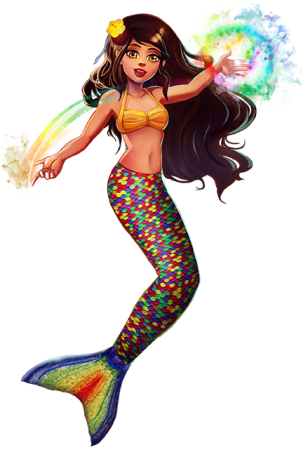 Mariana’s magical night ended in a blur. First, King Malik burst into the ballroom just as the last song began. We all thought he was dead! During the battle for Mariana’s kingdom, Mariana cut King Malik on the shoulder defending herself during a knife fight. My sisters told me they’d narrowly escaped the wrath of Noodles and saw King Malik slumped against his throne, not moving.

The look on his face told me that he might be running from something. He looked panicked upon entering the room, but his face changed to relief when he saw Darek’s face. All of us Mermaidens believe that Calisto was controlling King Malik, but some on the MerCouncil aren’t as sure. If he was truly plotting with Calisto and Damon to take over Mariana’s kingdom, why would he seek out the MerCouncil? He must know that he would be considered a traitor…

Immediately the MerCouncil’s guards restrained King Malik and took him away to the private MerCouncil chambers as my sisters and I drifted back to our lounging room to wait with Sid and Amani.

“Did you see the look on King Malik’s face?” I asked Waverlee.

“Yes. I was terrified that Calisto and Noodles were chasing him back to us,” she said.

We all agreed that King Malik was an unwilling hostage in Calisto’s plan and hoped that the MerCouncil came to the same conclusion. After patiently waiting for over two hours, the meeting finally concluded with a soft boom of the MerCouncil’s chamber doors opening. Out swam my father, King Delmar. We locked eyes as he approached us.

“Mermaidens, we’d like for you to join us. Amani, Sid…you can come, too.”

We quickly swam into the glistening MerCouncil chambers and found the MerCouncil surrounding King Malik as he sat tensely on an oversized scalloped shell. I noticed that the guards were floating near the doors of the room instead of near King Malik, so it appeared that things had settled down.

“Welcome, Mermaidens. As you can see, King Malik is alive and well. It appears that Damon returned to the Mariana Kingdom to collect King Malik and take him as prisoner on behalf of Calisto. No longer under her spell, King Malik escaped and came directly to the MerCouncil to explain his actions in Mariana’s Kingdom and to seek forgiveness from our leaders for any behavior perceived as deceiving. Mariana, I want to ask you. Do you believe that King Malik was under an evil spell?” asked Chancellor Darek.

I turned to see Mariana’s face turn bright red against the blue of the ocean water. I quickly swam to her and held her hand for support. It’s clear she’s not quite used to this princess thing—being expected to speak authoritatively on demand. She whispered, “Thank you, Serena,” in my ear—then responded to Darek’s question.

“Yes, Chancellor Darek. I do believe that King Malik was under that nasty witch’s curse and would not have attacked us otherwise.”

“Very well then. Do all the Mermaidens concur? Sid – you were there at the battle for Mariana’s Kingdom. Do you all agree that King Malik did not appear to be acting of his own accord?”

One by one, each mermaid princess nodded her head in agreement. We had heard stories about King Malik and his connection to Calisto, but had no proof that he would hurt us intentionally unless under her spell.

“Yes, Chancellor. I don’t know what Calisto did to Malik, but he was not himself. I don’t think he’s any danger to us under regular circumstances,” said Sid. 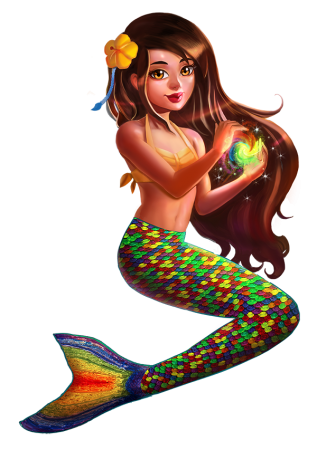 “King Malik, it is done. You have been pardoned by the MerCouncil for crimes committed while entranced by Calisto. However, you are called to help the Mermaidens find Damon, Calisto, and Noodles and provide them with any information you are privy to that may help defeat them. Do you understand our ruling?” asked Darek.

Responding quickly, King Malik cried out in gratitude, “Yes, Chancellor. Yes. Thank you for your forgiveness and compassion. I promise you that I would never jeopardize the future of the Merworld by putting any Mermaiden in danger. They are the future leaders of our waters.”

At that moment, I began to feel sorry for Malik. From what I understood, he’d never had a family or anyone to care for and love him in return. At that moment, I was inspired to show him a touch of grace using my special form of beauty.

I quietly swam up to King Malik and took his hand. The room went silent, anticipating my next move.

Gently I used my powers to paint a picture on his palm. The image depicted Malik, swimming comfortably with merfriends, enjoying the tranquility 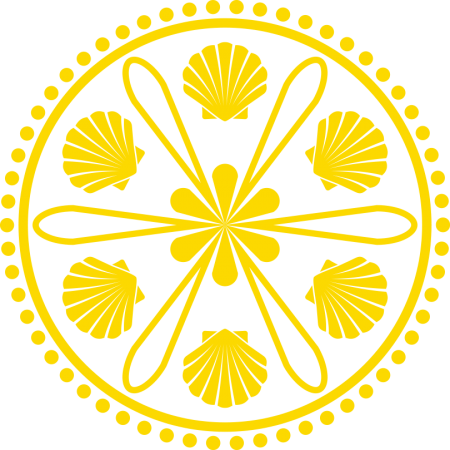 of the ocean’s waters. Once complete, I closed his palm and said “King Malik, you must make a choice between two streams. One will lead you to happiness and fulfillment and the other will lead you to conflict and heartache. Choose to be a positive example in our Merworld and I believe that you will live a life of peace.”

“Thank you, Mermaiden Serena. You’ve painted a picture on my heart that I will never forget,” he said.

The tenderness of the moment was quickly dispelled, as Amani had only one thing on his mind.

“Ok, merladies, let’s work with King Malik to create a plan that will stop these wicked tails and their creature Noodles. Malik – we need all the information we can get on their hideout and fighting tactics. Mermaidens – I’m going to train you to be unstoppable. Who’s excited?” Amani asked with delight.

I looked around at my sisters. The fear and uncertainty that had plagued some of them when we first met Amani had fled. We were ready to fight for what was ours! 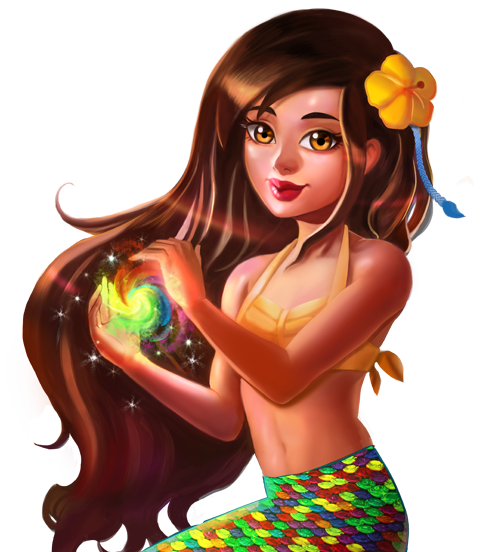 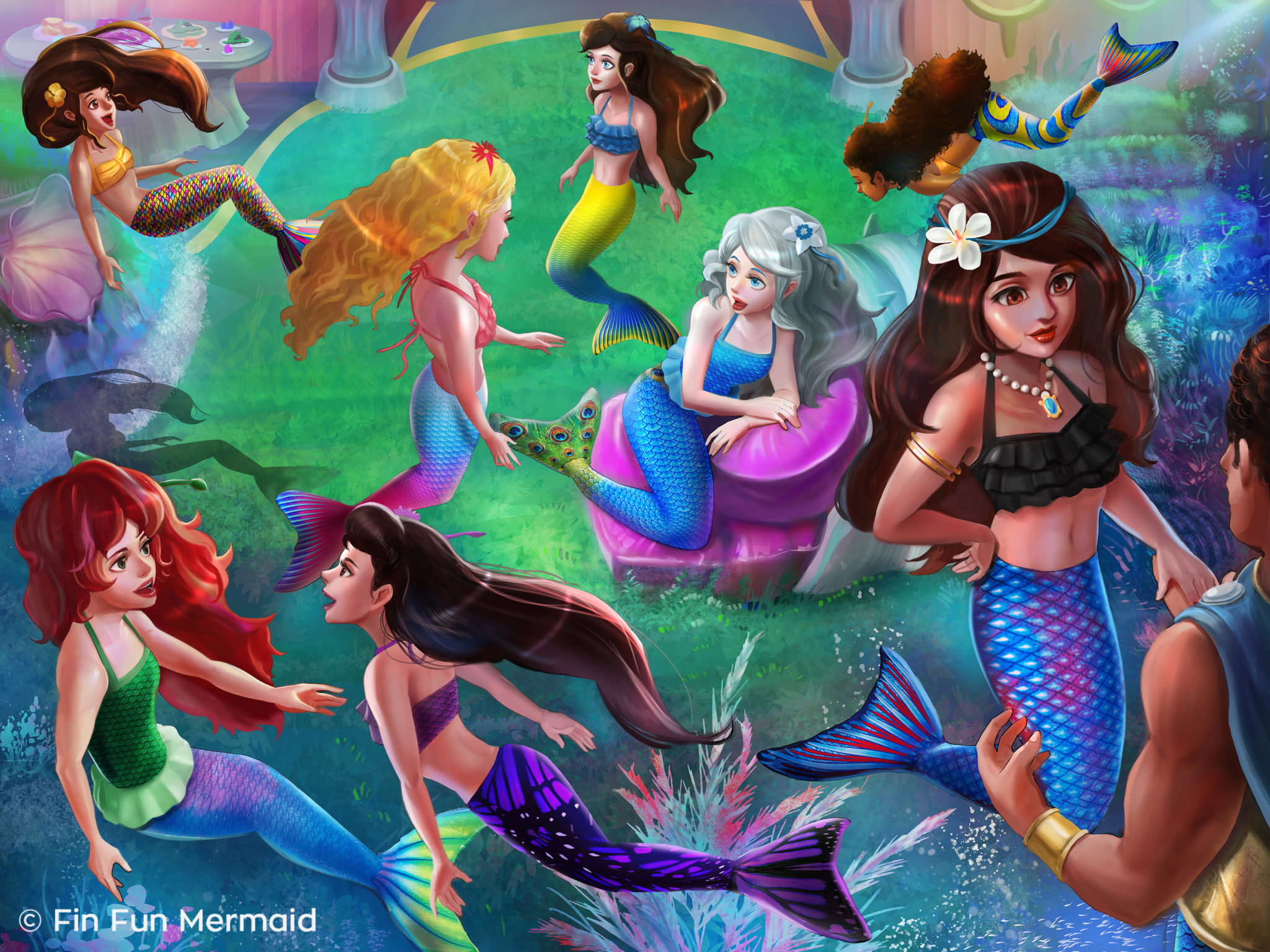 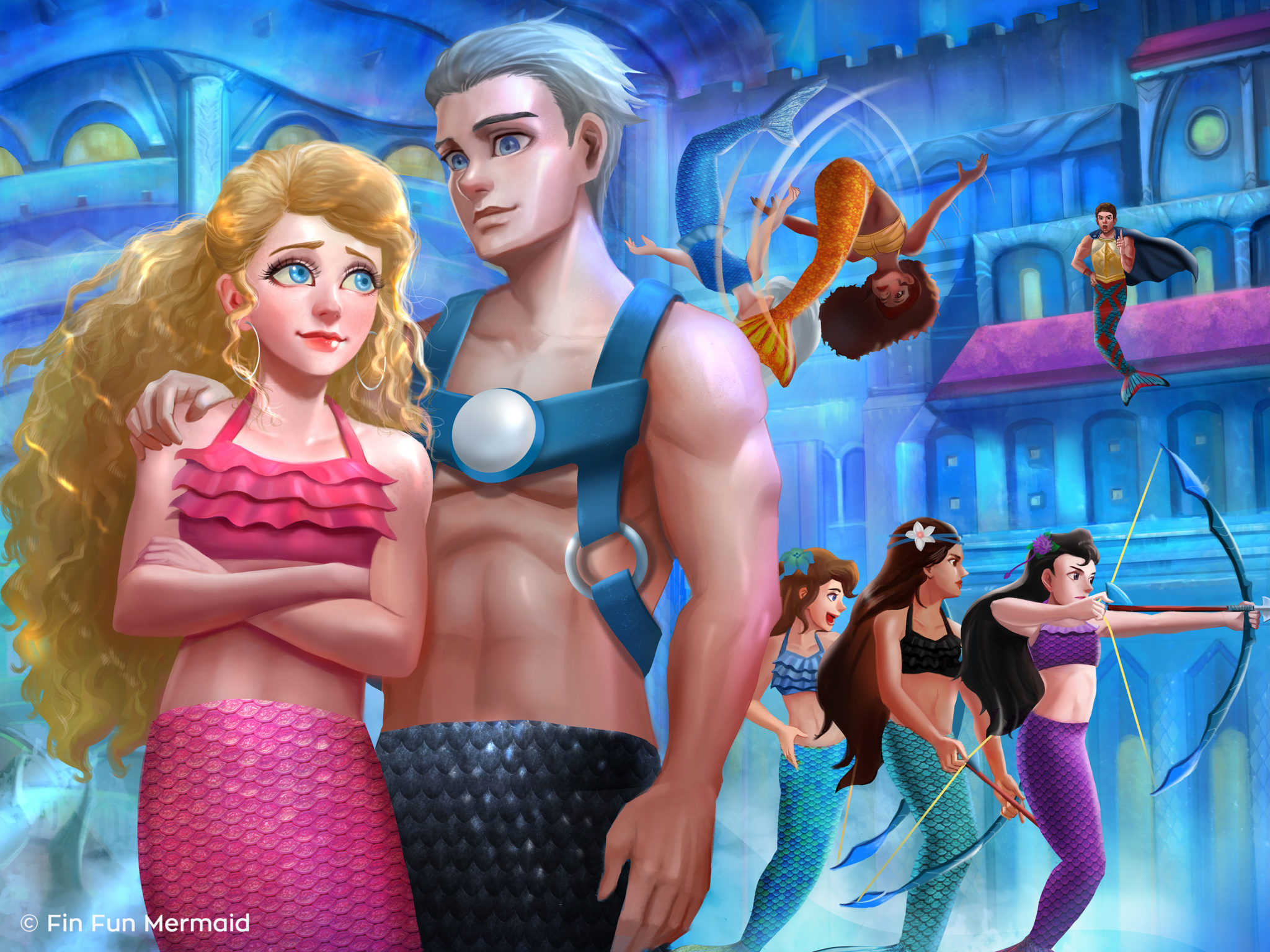