“Aw yeah! Scarlet, watch this!” I screamed as I adjusted my grip on the passing giant manta ray’s tail and, swinging back a little, catapulted myself forward, flipping head over tail. I slowed and came to a halt right in front of Scarlet’s annoyed face, which looked even funnier upside down. I giggled as she rolled her eyes and turned back around to keep swimming.

“Oh come on, Scarlet, have some fun! This is an adventure! Look how far from home we are,” I tilted my head back as I twirled with my arms open. There wasn’t actually much to look at. After four days of traveling through caves and ocean, my gift had taken us deeper into the sea than I had ever been before and it was still pulling us downward. I would have been terrified under other circumstances, but now that I had realized that no fish wanted to mess with Excalibur, Scarlet’s giant swordfish friend, I felt a lot better.

“Cal,” as she called him, was warming up to me just a little. He even let me ride on his back sometimes. Mostly, though, he watched Scarlet and prowled in wide circles around us. Frank, too, had been quieter than usual, probably because he was afraid of Cal and wasn’t fond of Scarlet.

Sighing, I caught up with Scarlet and swam alongside her, humming to myself to fill the silence and to keep the trail going. Out of the corner of my eye, I saw Scarlet’s mouth open a few times as if she wanted to say something, but then she would snap it closed again and push forward faster. I wanted to press her but I knew if I did she would clam right up, so I kept humming and focused on the forming image in my head. I could faintly see a rough terrain that stretched on and on and then it seemed like the sand just dropped off. I furrowed my brow a little and bit my lip as uncertainty settled in. That looks nothing like the picture on the scroll, I thought nervously, my eyes darting over to Scarlet. What will she do if I can’t find what she’s looking for?

I pushed aside the thought as quickly as it had entered my mind. No, I told myself resolutely. My gift has never failed me before. It won’t this time either. With a big smile, I spun in a tight corkscrew and then signaled for Scarlet to follow. “Come on, it’s this way. We’re getting closer!”

Within another few hours, I knew we were nearly there. The rocky sand around us started to look familiar. Cal was looking anxious and the deep sound emanating from his throat sounded like a growl. My hands started to shake a little and Frank scuttled forward to peek out of my hairline. Just as the sense swept over me that we had arrived, the ocean floor vanished. I stopped cold in my tracks, staring ahead at the massive chasm we hovered at the brink of. I peered down into it, seeing nothing but blackness the entire way down. “Wh-what…” I stuttered and then let the end of my sentence fall off into the void. Scarlet edged down beside me, looking confused, while Cal hung back still growling.

“What kind of idiot trick is zis? You are trying to lure us to our deaths, yes? Ze crab will not have it, you evil siren!” Frank shook his claw at Scarlet. She whipped around to him and opened her mouth to retort but I quickly wrapped my hand around the troublesome crab to shut him up. “What Frank means to say,” I glared at his two little eyes that poked out of my fist as I turned to Scarlet, “is that this is where the trail ends. My gift is telling me that this is where the fortress you showed me should be.”

Scarlet ignored me and instead put her hands on her hips as she took in every detail of the chasm before us. She looked like she was trying to tear apart the sand and rocks with only her eyes. “No,” she muttered. “No, no, no, it has to be here. It has to be!” She was becoming hysterical, darting back and forth on the very edge of the trench, looking like she might dive in at any moment.

“Woah, woah, calm down!” I grabbed her arm and pulled her around to face me. “Listen Scarlet, my gift never lies. If this is where the fortress shown on your scroll was, or is,” I added quickly as her eyes started to grow panicked, “then it’s here. And we’re going to find it or find out what happened to it. But I don’t think that plunging headfirst into a bottomless pit is the best idea right now. Who knows what lives down there?” Both of us glanced over at the chasm as I said that, dread filling my stomach at the thought of venturing down into that unbreakable darkness.

Scarlet seemed to feel the same way. “Alright,” she spoke hesitantly. “I suppose you’re right. Where do you suggest we look for answers though?”

I thought for a moment. If there was a secret fortress that should be in place of a gigantic chasm, who would know about it? As I dug deeper into my mind, a flash of a memory from a long time ago began to resurface. I remembered one night waking from a nightmare and creeping down the hall to the door of my parents’ room. On the way,  I passed another door that was only slightly ajar, and heard my father’s voice from within.

“We must keep quiet about this,” my father said. “You know more about the Mariana Kingdom than anyone so you must keep your suspicions to yourself. The destruction of the kingdom was a tragedy and unavoidable.” I knew I was doing something wrong but I couldn’t help myself when my father’s voice was so serious. I paused and pushed my eye to the sliver of space between the door and the frame. I saw my dad’s silhouette against his Mirror. In the reflection, I just glimpsed the face of a man I would meet years later, as my father said, “I suggest you convince yourself of that, King Takumi, and move on.”

I opened my eyes suddenly, knowing where we were and where we needed to go. Scarlet looked at me strangely. “Are you okay?” she asked hesitantly. I nodded and grabbed her hand, taking off. Cal whipped into action, following us immediately.

“Where are we going?” Scarlet yelled over the sound of rushing water flooding our ears. 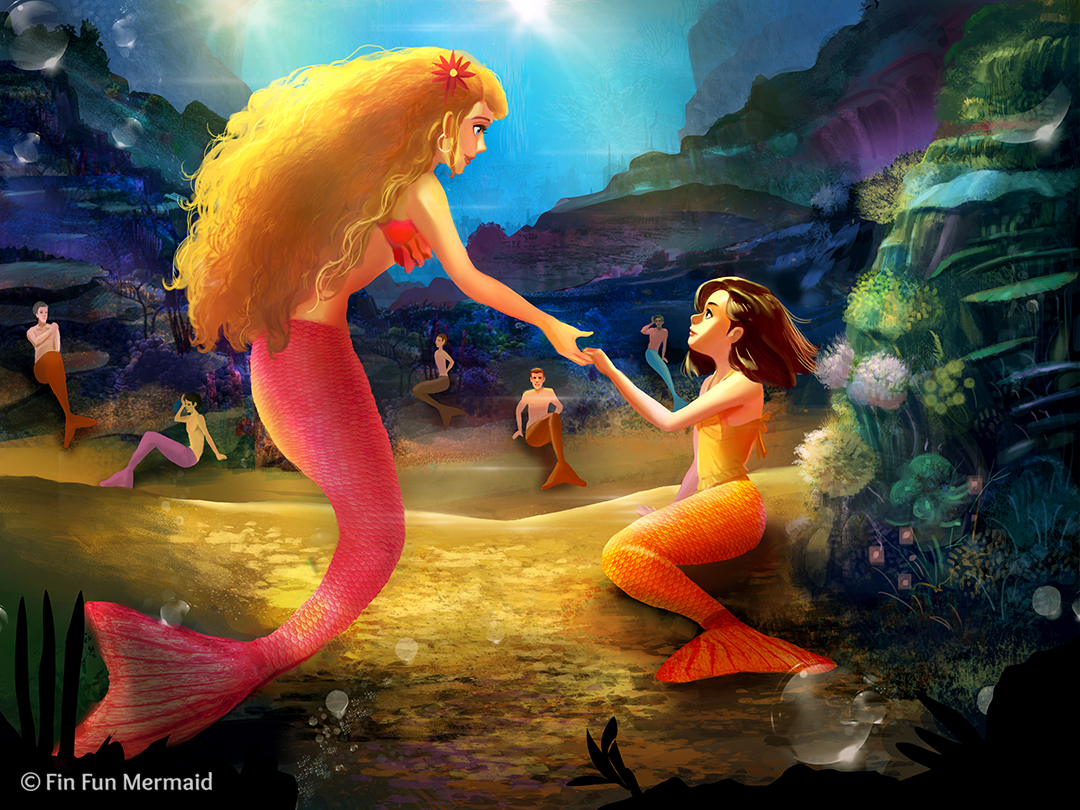