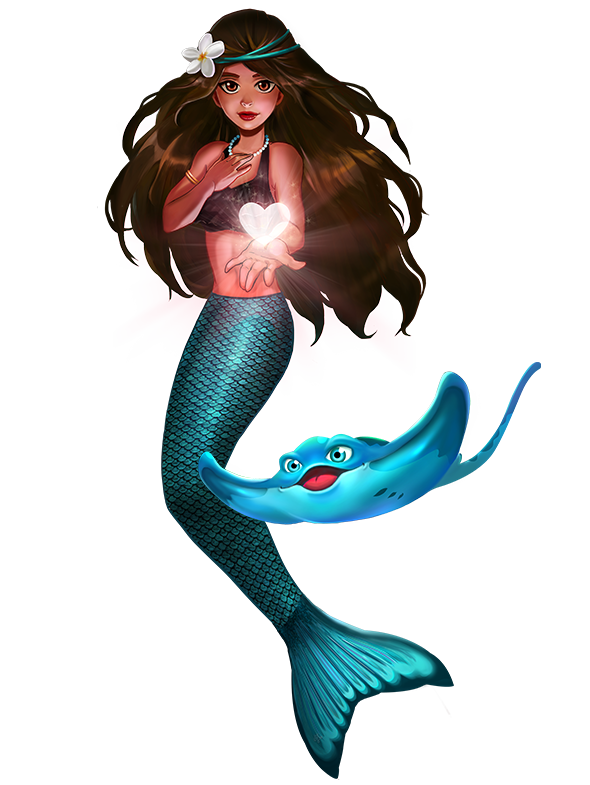 Hello. My name is Scarl–oops. I mean, Mariana; Mermaiden of the Mariana Kingdom. My kingdom is located deep in the depths of the Mariana Trench–inside a volcano! My Mermmaiden power is the power of empathy. I can feel other’s emotions and what they are feeling. Often I can help them, and nudge them into being happier! Sorry for the name confusion there, I’m still getting used to my new identity. I used to go by Scarlet, but I’ve since found my father, my kingdom, and who I really am! Since then, I’ve been granted the rights of a Mermaiden, and come to you from the MerCouncil as a new ambassador to the human world!

I’m thrilled to be making new friends! I’ve spent so much of my life alone, that I have so much to catch up on! I have a new little FinFriend name Ricardo (I call him Rico).

I’m often overwhelmed that I have so many new friends! The other Mermaidens have been so kind and welcoming to me. I think I’ll come to like having friends–and that means getting to know you humans as well!

Stay happy and sure!
Mariana