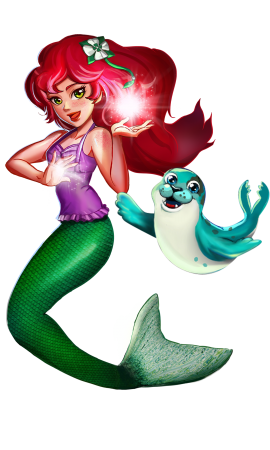 Destiny and I could feel Damon before we could see him. Although I was keeping my glowing orb large and bright, neither one of us had a clear view of Damon until he was just a few feet away.

In a whir of turquoise, Mariana came flying past us at the same moment his face finally came into focus. As she charged into danger, I had to think fast. Which would be worse…leaving my sisters without light in this dark, murky water or allowing Mariana to battle Damon alone?

“Hang on lasses, I’ll come back for ya!”

I decided that the other Mermaidens and our well-trained fellows could handle themselves without my light for a minute. I swam toward Mariana and Damon just in time to grab Mariana’s wrist and yank her away from the thrust of Damon’s shiny sword. His eyes were a fiery yellow, making him look like a monster.

“What are you doing, Brynn? I could have got ‘im!” Mariana howled. “As his only sane family member, I think I should do the honors.”.

“Listen sis, I’m not takin’ your blubber. Damon is worth more to us alive than dead. We’re gonna follow the MerCouncil’s orders.”

There was no time to talk any sense into her. Damon had already recovered and was swimming away from us fast, heading toward the rest of our group. Mariana and I set off to pursue him. We needed to capture Damon and return him to the MerCouncil, per their request.

“Watch out, Damon is coming for ya!” I screamed with all my might to warn them, as I reignited my bright sphere of light. I hoped it would help them see the torpedo of evil headed their way.

Thankfully, our troupe was ready. Amani swam low, grabbed Damon’s fin, and whipped him into submission before the rest of us even knew what was happening!

“Amani, I wanted a piece of him!” Mariana hollered enthusiastically. A smile crept across her face and I was relieved.

“If I can’t practice what I teach, how can I be an effective instructor?” Amani exclaimed confidently.

“He’s just 1/3 of our problems. Where’s the rest of this twisted clan?” I asked.

As I no longer feared Damon and trusted that Amani could control him, I got up in his face. 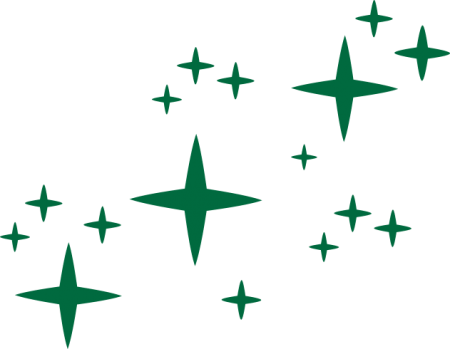 “Damon. Are you there?” His eyes were still an unnatural shade, with wildly dilated pupils. “Hellooooo. Anyone in there?” He appeared to be in a trance of some kind. His mother, Calisto, must have cast a spell over him.

Thinking quickly, I called Jia over. She approached cautiously and looked surprised when I asked her to whip out her bag of plants and medicine. “Maybe the spell can be broken with one of your fancy potions?”

Jia looked at me and smiled reluctantly. I believed in Jia and hopefully she could find the strength to believe in herself, too. She started pulling green stringy things from what appeared to be a plant, then crushed a rose-colored shell with her bare hands. She placed these special ingredients into her left hand and lifted them carefully to the back of Damon’s neck.

“This might hurt a bit. Although I’m not sure you can feel it anyway.”

Jia pressed this hodgepodge potion into the nape of his neck until the pieces of shell created little cuts through which the plant’s powers could be absorbed. Damon was motionless for several minutes and then suddenly, the tension of his body and fin released and he fell into a heap in Amani’s arms. Blinking rapidly, his eyes opened and returned to their striking shade of blue.

‘What, where…where am I?” Damon stuttered.

I jumped in before any of my sisters. “Yer somewhere near the wretched Calisto and we need to find ‘er. Do ya know where she and Noodles are hidin’?” I was ready to end this once and for all.

Damon’s eyelids fluttered as he looked around. I think he was surprised to see us. He looked like he was seeing the Loch Ness Monster, not mermaids! He was shoogly for sure.

“Hey lad, we need ya to focus here. Do ya remember me?”

He continued to blink and then stuttered, “Brynn…I think.”

“Alrighty then fellow, me thinks yer good as new. Now tell me where they’re at and nobody gets hurt.” As the sentence left my mouth, I realized that Damon still looked confused.

“What’s a matter, fella? Still not sure where you’re at?”

Damon hesitated. “I’m still processing this, Brynn.  I was completely under Calisto’s spell – body and mind. I haven’t had control of myself for a while now. Can you give me a minute, please?”

We all floated for a moment and watched as his face transformed from confusion to sadness.

Finally, he gathered his thoughts and began to speak. “I’m truly sorry for what’s happened, Mermaidens. I understand if you can’t forgive me for my actions, but my heart is pure. I only want what’s best for the MerWorld.”

“What’s best for the MerWorld is eliminating this sea trash once and for all,” I said. “The evil must stop, and yer our only hope to find them quickly. Are ye with us, Damon?”

I swam along with Damon illuminating the way with my radiant glow. We swam into the weathered castle, proceeding cautiously until I suddenly caught a glimpse of what we had been looking for. The intricately carved face of the snake and the massive octopus tentacles were unmistakable. This is the room that King Malik described. I looked back at Destiny and she nodded in acknowledgement. Damon and I instinctively slowed down as we approached the entry to the room. The door was shut. We were going in blind! I shoulda been scared. But I wasn’t.

Mariana wiggled her way through Damon and I to open the door first. I shot her a stunned glance. She simply smiled. Oh, I love the confidence in that one. Led by Mariana, we entered the room one by one and found it to be surprisingly bright, with star-shaped lights hanging every few feet in the room. This was an unexpected gift! I put my own light away so that I could have two hands to protect myself and keep Damon in check.

Within seconds, Calisto and her disgusting sidekick Noodles emerged from another room and in a split second, the battle was on. Noodles’ evil eyes shone golden green as they narrowed in on Waverlee’s flowing blonde hair. As quick as lightning, his puckered tentacle wrapped itself around her hair and lifted her in the air.

As we thrust ourselves into the fight, one thought took over my mind. It was time for Calisto’s reign of terror to end. 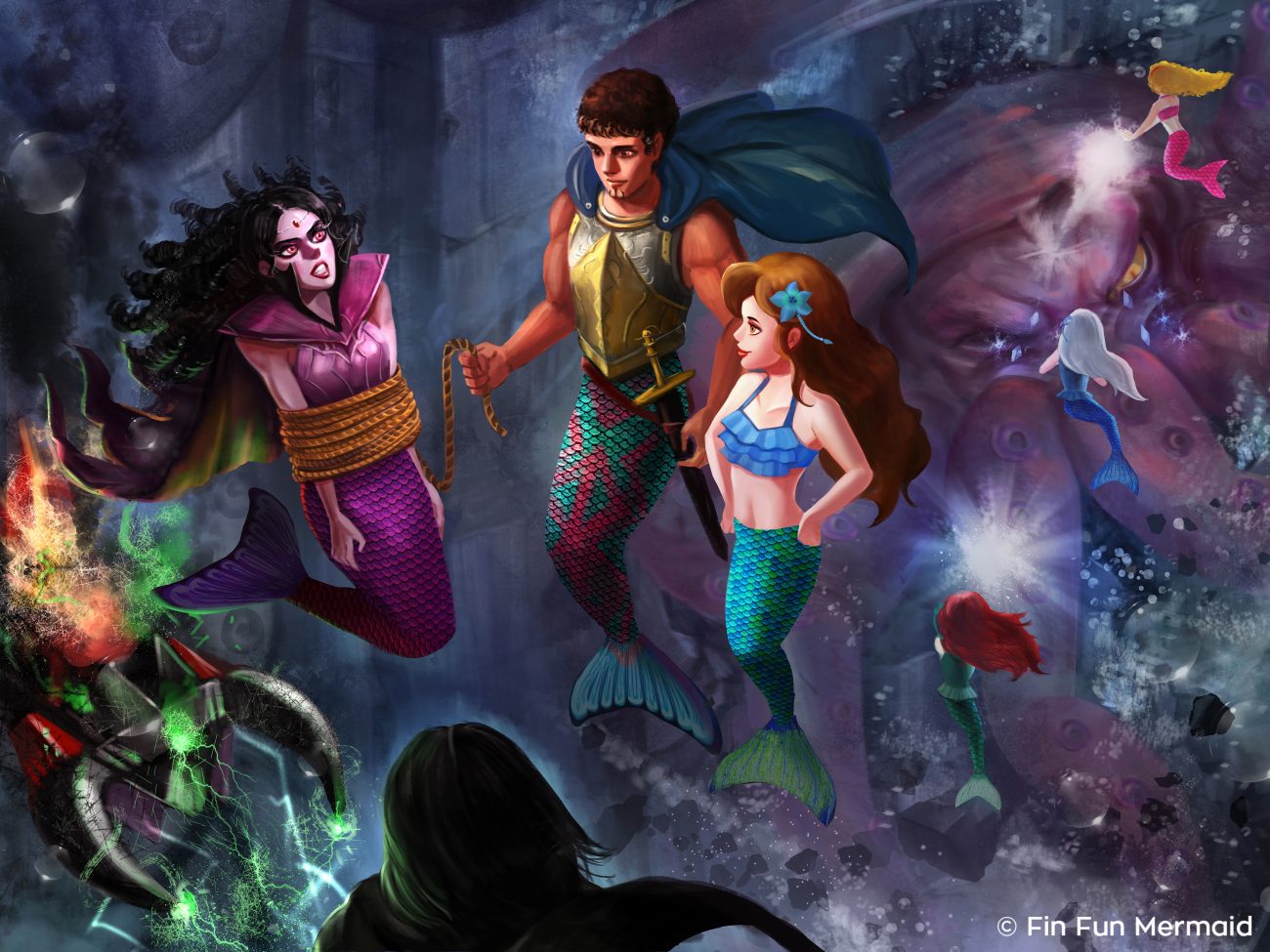