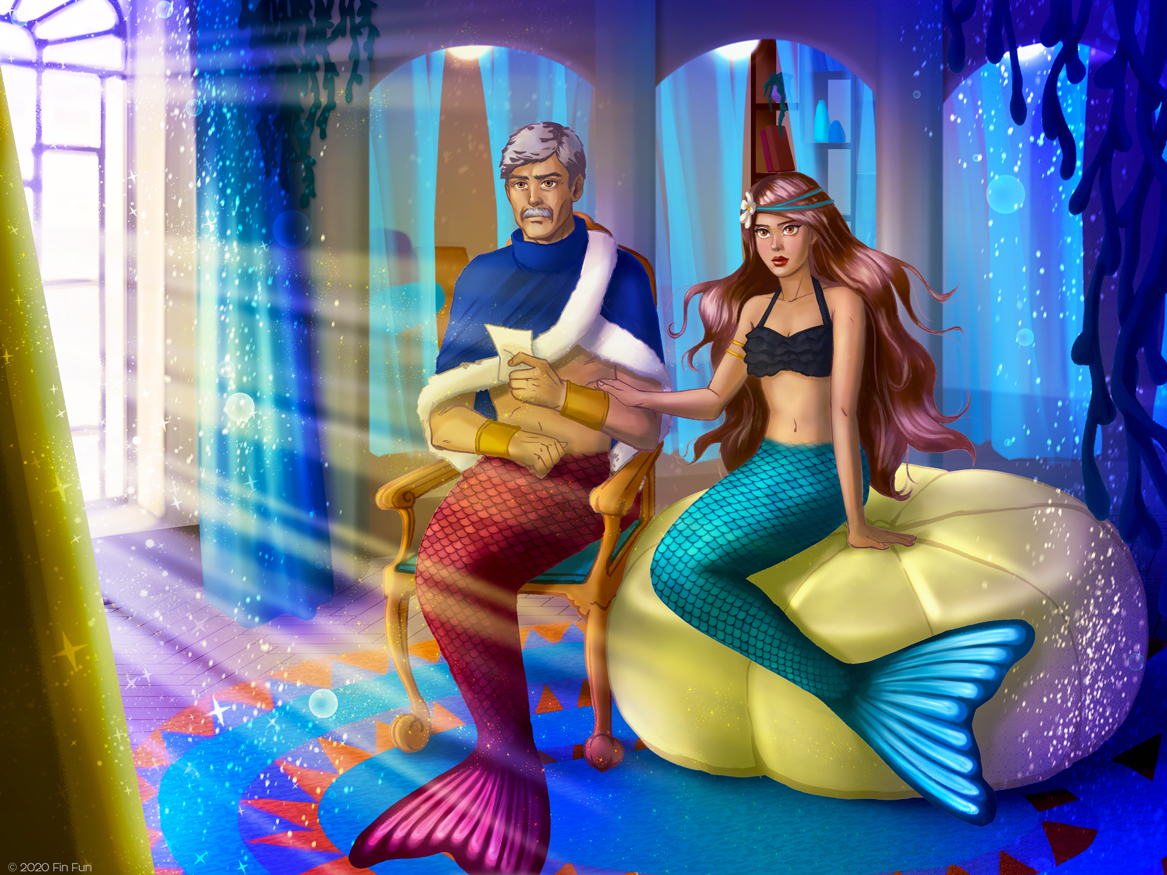 Father was recounting tales of my mother. I could tell that he loved talking about her because his emotions always lifted to euphoric heights. He would get lost in the story but then fade to sadness as he came back to reality, remembering that she was gone.

Each time this happened, I would hold Dad’s hand softly. His body was slowly filling out again as he healed from being incarcerated for so long. Immediately after freeing him, he was frail and bony. At this moment, his hand felt fuller and stronger.

The lines around his eyes turned up as he smiled. “You’re just like her, sweet Mariana.”

I could only smile in return. We were in his bedroom, and the mirror that connects him to the other kingdoms stood in the corner. Before I could find the words to cheer him up, the mirror flickered to life.

King Delmar of the Mediterranean Kingdom stood stoically. “King Caspian, I require a word with you. It’s urgent.”

I filled with dread that seemed heavy enough to sink me deeper than the Mariana Trench. Some of that dread came from King Delmar. I didn’t realize that the pearls that the MerCouncil had given would allow me to feel the emotions of those so far away through a mirror.

Father approached the mirror. “Yes, King Delmar. What has happened?” His voice quavered through the first words as he sought to control his emotions. I swam to his side and held his arm in support.

King Delmar’s deep brown eyes darted over to me and then back to Father. “I need to speak with you alone.”

With a twinge of annoyance, I grasped Father even tighter. As if he read my thoughts, Father responded, “Our Mermaidens have demonstrated their ability to handle dangerous situations. By relaying your information to both of us, you save me the time I would take to tell Mariana everything.”

“You’re right, King Caspian. Very well then.” He cleared his throat and continued. “There’s a contest among the landfolk in my kingdom to capture a mermaid. While the Mariana and Arctic Kingdoms are quite safe, the rest of us are in danger if this spreads across the seas.”

My heart jumped and I felt similar emotions from Father. “Have you alerted the MerCouncil?” I asked.

“I have, but no one is responding. The other MerKings and I fear the worst has happened with their interrogation of Calisto.”

I had to force my heart out of my throat. “What do we do now?”

“Yes, what do you suggest we do?” Father added.

King Delmar’s brows furrowed and he took a deep breath. “I’ve already discussed the matter with every kingdom but the Arctic, since they are most at risk. We have concluded that we have no other option but to go to the MerCouncil ourselves.”

Father’s chest stopped for a moment. Mine did the same.

I asked, “Do you think… there will be danger waiting for us?”

King Delmar’s eyes sagged. He must have spent a long time deciding the best course of action with the other kings. I decided right then that no matter his answer, I was ready to accept what he was asking of us.

“I’m not sure. But something has happened that has prevented the MerCouncil from answering me. Either the council members are in peril now, or the danger has moved on to another part of the sea. So,” King Delmar straightened his shoulders, which seemed to struggle holding up his exhausted frame. “I’m asking you, King Caspian and Princess Mariana to join the other Merkings and Mermaidens in the morning.”

Instinctually, my father and I also straightened. He responded, “We will.”

King Delmar bowed his head, and I felt the gratitude rolling off of him. “Thank you, Mariana Kingdom. We’re taking our finest soldiers as a precaution. I understand that you don’t have much of a kingdom yet, so we will protect you as well.”

I bowed my head in return. “Thank you.”

As the mirror flickered off to show our reflections, Father placed a hand on my shoulder. I felt a variety of emotions from him. Pride, love, worry, fear, and even a twinge of excitement. I smirked at him. “What could you possibly be excited about?”

He chuckled. “I’ve been a prisoner too long, dear Mariana. If Calisto is the reason for this mess, I won’t rest until she’s defeated.”

I laughed and smiled at him. He was clearly the one who gave me my stubborn determination. “Well, let’s do it then!” 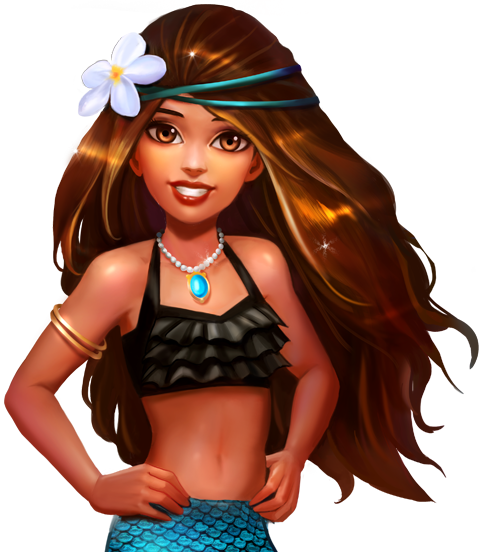 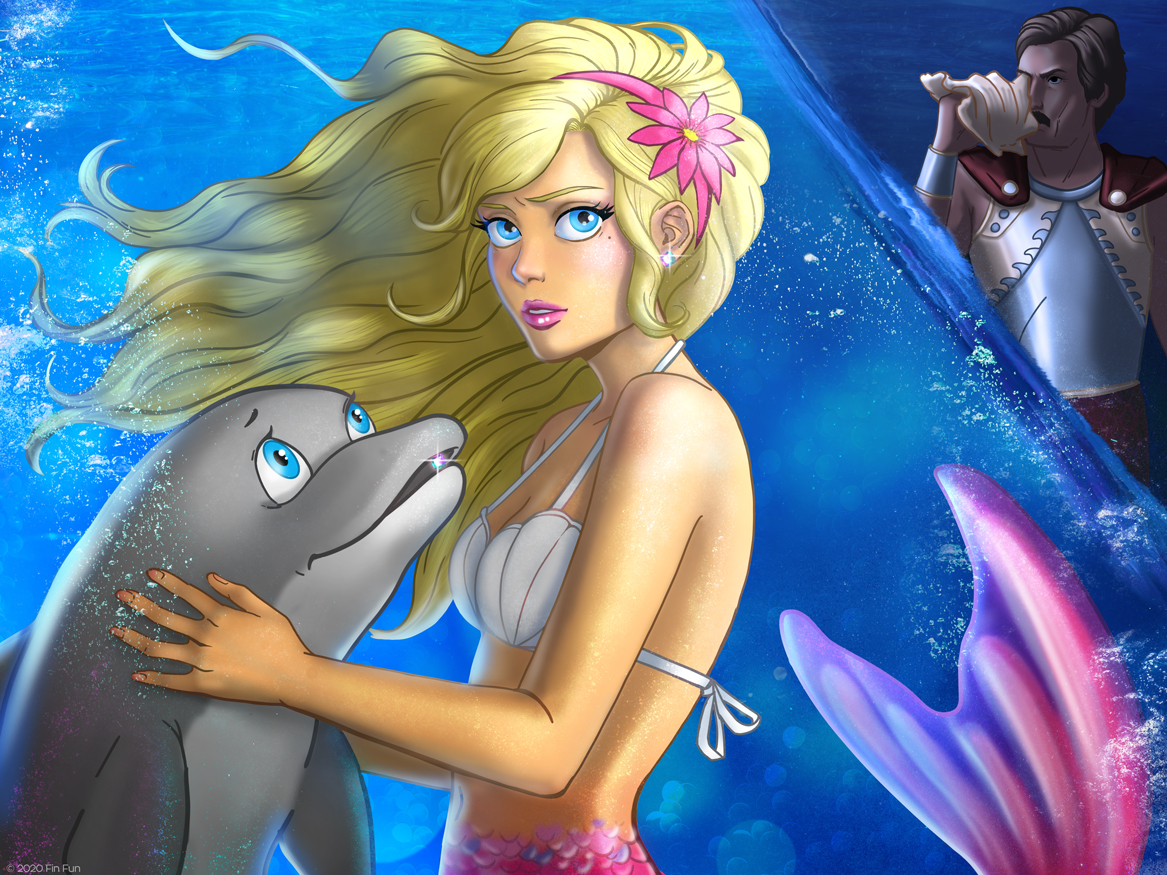 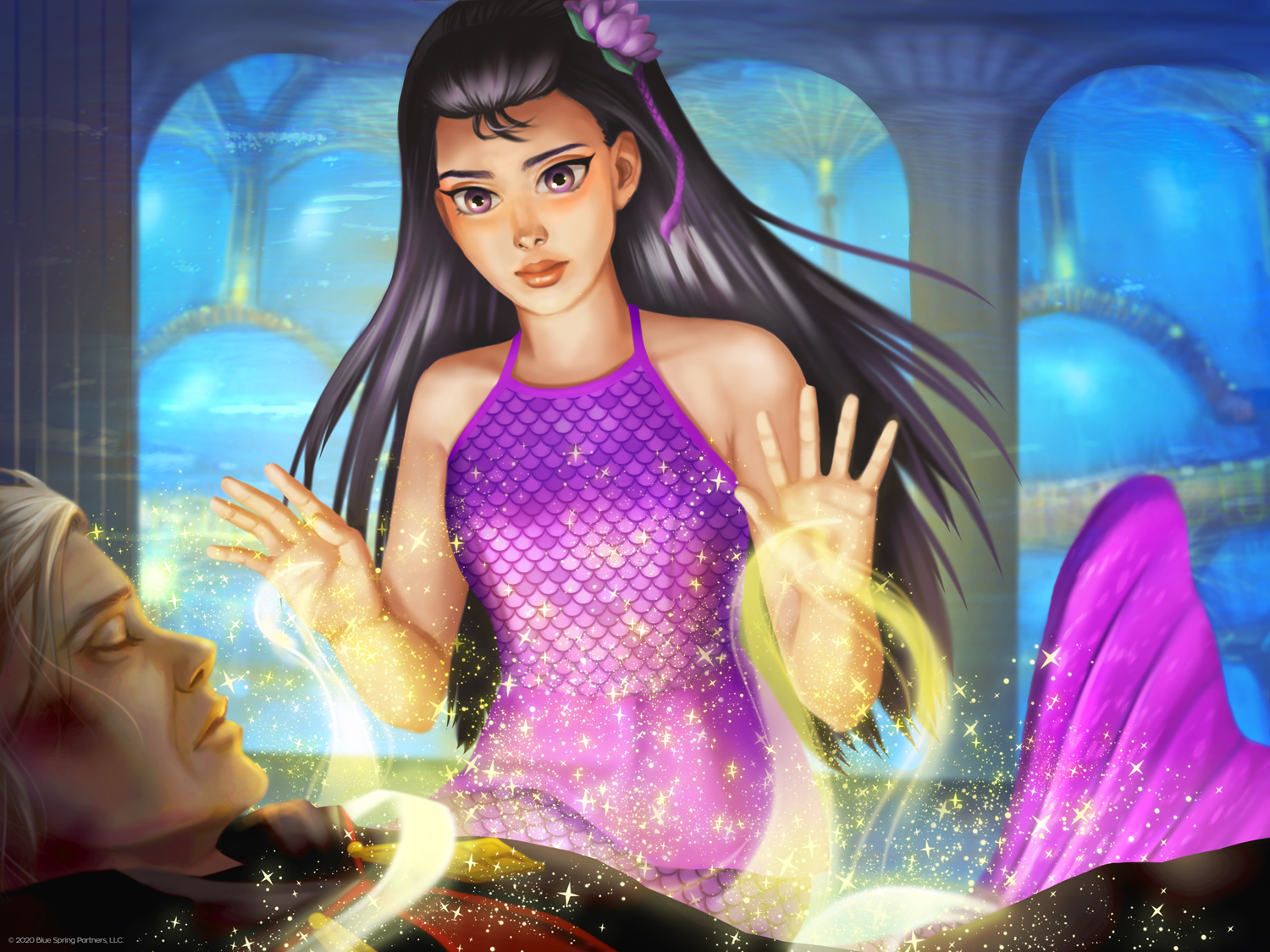