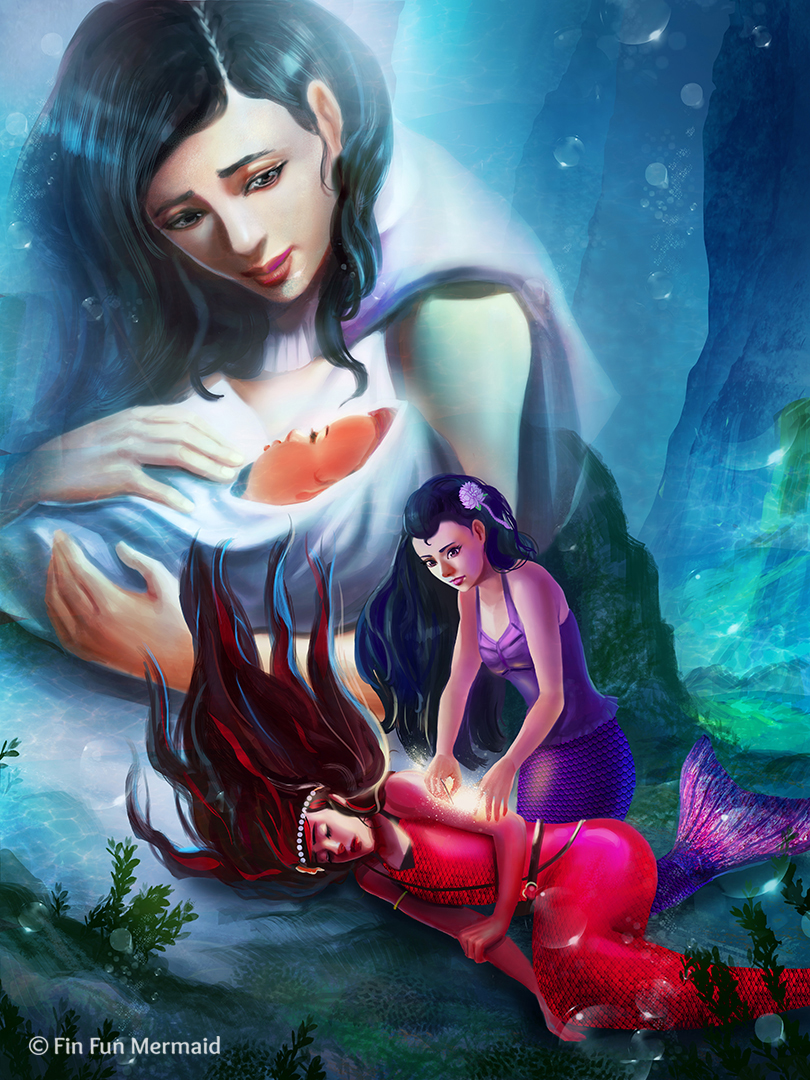 I knew the moment I saw Scarlet’s wound I would have to do it. I couldn’t even hear my own words when I told the others to back away. As I shut my eyes tightly in preparation, the images of the last time played across the insides of my lids. A feeble starfish with a broken leg. The shiver of energy that had coursed through my body. Akiko floating motionlessly to the ground. I pushed my hair out of my eyes and shook my head to clear the dangerous thoughts. This time will be different, I promised myself. I won’t mess up.

Focusing, I gently sewed the gash closed, although I knew the damage done to the inside of her body was the real problem. It went faster than I had expected, especially since I didn’t have Akiko at my side to help. She was surprisingly cooperative when it came to my healing. I cringed at the thought of her all alone right then.

Setting aside my needle and satchel, I studied my handiwork. The stitches were neat and tight and the bleeding had all but stopped. I took a deep, quivering breath in anticipation of the next step. With a grimace, I held my shaking hands as close to Scarlet’s side as I dared. I could feel the heat emanating from her body as it frantically worked to replenish the blood that it had suddenly lost, unknowingly thrusting her into further danger.

On the count of three, I thought. One…two…three.

Gathering my strength, I entered into a world where everything that lived pulsed with energy. I was keenly aware of the seven figures far to my right, each one with their own color and temperature and intensity. I felt the vibration of each plant and fish around me, from the horde of algae that grew upon the boulder behind me to the tiny plankton that were just floating past my shoulder. Most importantly, I became conscious of my own energy. It was intense and powerful with the rush of adrenaline in my veins.

I latched onto that energy, trying to stay calm and to reassure myself that this time it was my own. Once I was sure I had a strong hold on it, I glanced down at the weak form below me. Scarlet’s energy was ebbing away slowly, the brightest spot right at her side where everything was concentrated in a panicked effort to repair her gash. With the sensation of pulling against something inside of myself that was anchored deep down, I redirected the chaotic force coursing through my own body into one direct path. The humming river of energy poured down into my arms, through my hands, and out my fingertips. It met Scarlet’s supply with little resistance and I watched the two colors combine in odd patterns.

It was a curious thing to watch, like tiny dancing octopi wrapping their tentacles around each other and everything else they touched. Watching those tiny creatures, I began to relax even as the uncomfortable pressure on that anchor inside of me grew. In their patterns, I saw something strange. They fused and expanded, enveloping my entire vision until all I could see was blackness.

As steadily as it had come, the darkness began  to lighten and a picture formed in my mind. Figures in white hurried about a poorly lit room. A mermaid lay in the bed in the center of it all, hardly moving except to breathe infrequently. Her dark hair refused to lie down, twirling and chasing after every change in the tide, much like its owner seemed prone to do. She was waiting for something, I could sense it. She was barely holding on to consciousness but each time her head lolled, she pulled herself upright again. There was a rush of whispers and then one of the merfolk in white came forward out of the rest. She held a bundle in her arms and an odd shriek emanated as she set the still bundle down in the mermaid’s arms.

The mother pulled her child close to her chest and rocked her as best she could. With obvious anguish, she held the small baby up to her face and kissed her gently. “Goodbye, my precious girl,” she whispered in a voice so soft I was sure that only I had heard it. “Love your daddy with all your heart. He’ll need you when I’m gone…”

Content, the mermaid settled in and hummed softly to her child. The melody was warm and sweet, out of place in such a sorrowful setting. The child didn’t seem to mind, though, and promptly fell asleep on her mother’s chest. Just seconds later the humming trailed off, leaving a lonely silence that was both deafening and unmistakable.

Suddenly a tugging sensation ripped me away from the heartbreaking vision, back into my own skin. My eyes whipped open and without a second thought, I cut the energy flow from me to Scarlet. Everything seemed to go in slow motion after that. The world came back into view with its familiar colors and sounds and sensations. I watched Scarlet’s chest rise in a breath, and gave a tiny smile before the overwhelming exhaustion hit me like a rock to the head. I crumpled and heard my name called just as my vision went black for the second time. 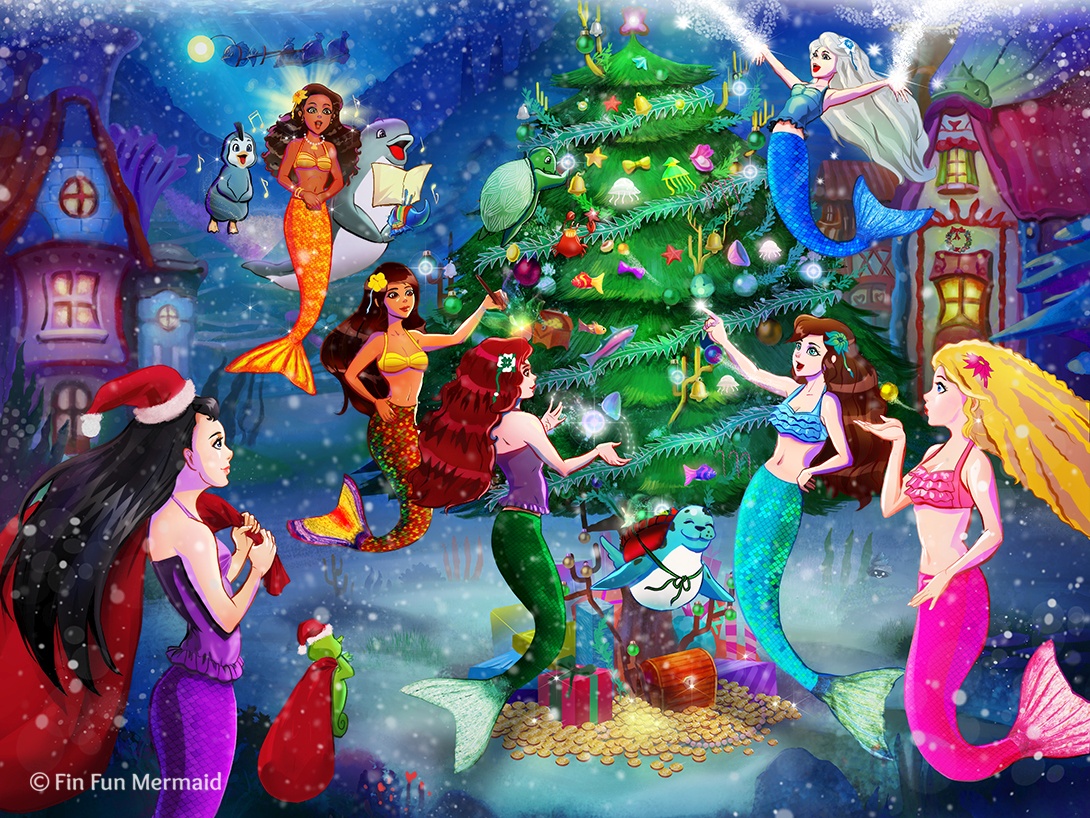 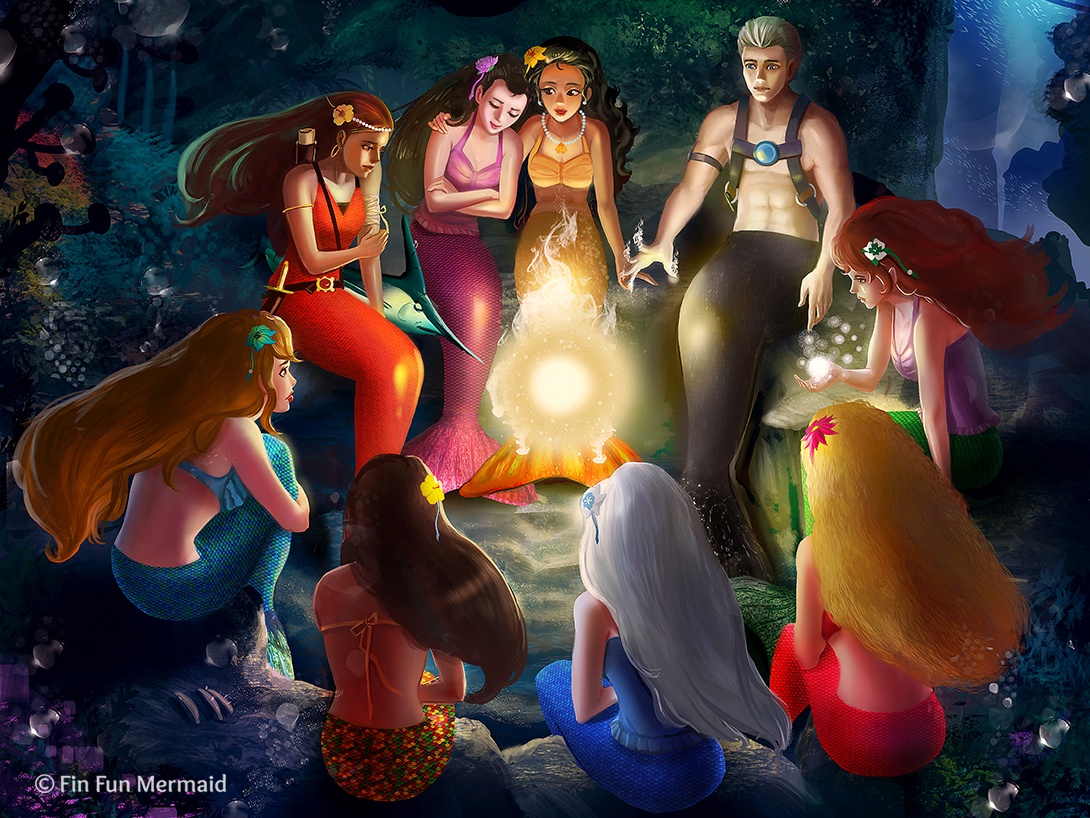