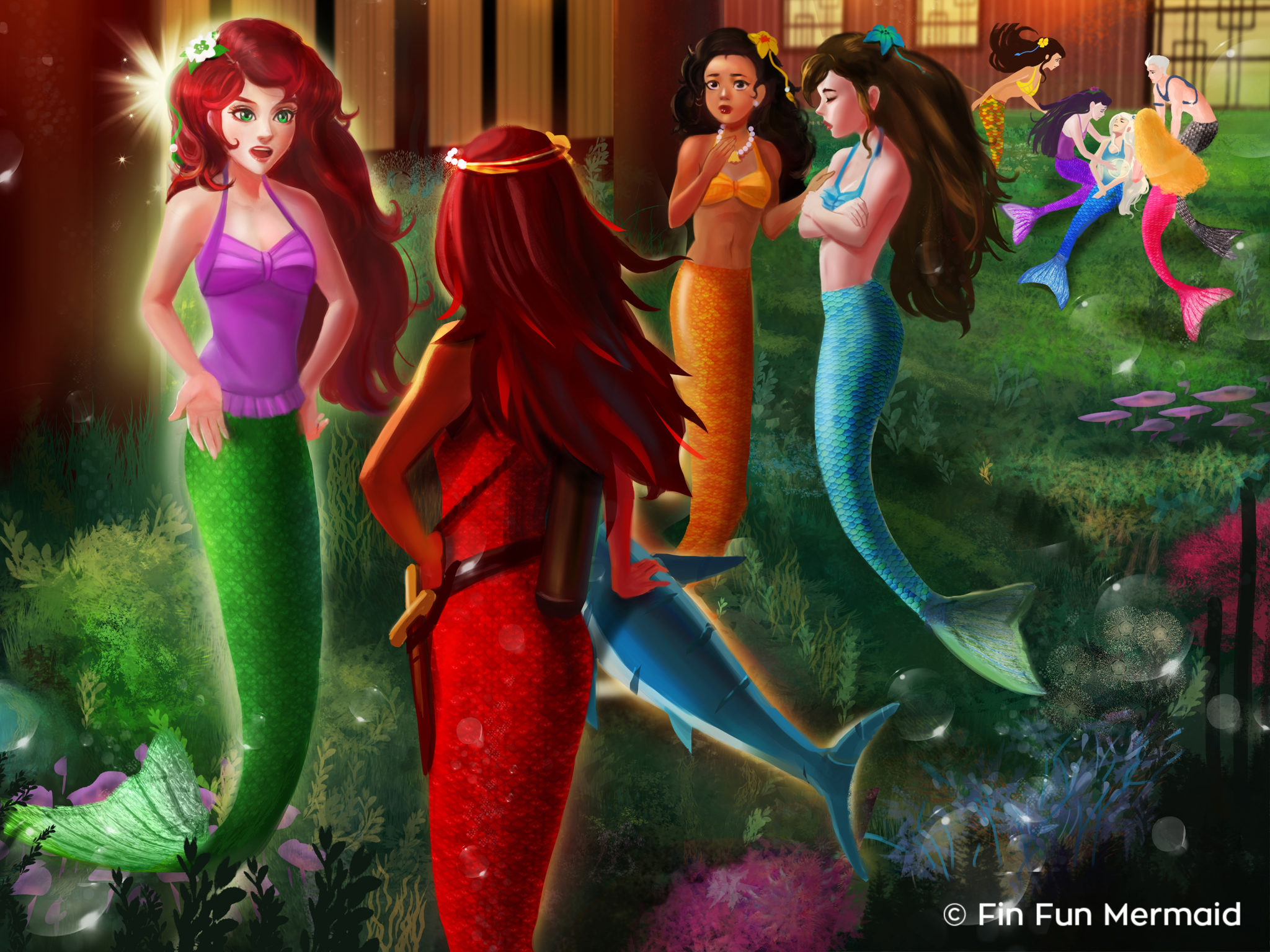 … Continued from “Crystal Hears a Secret”

Everything became a blur of loud voices, moving bodies, and warm water clouded with blood. I barked orders to the other girls to stay put in one corner while Jia and Obsidian tended to Crystal. Sid cradled his little sister in his arms and whisked her away to a spare room, Jia in the lead. I held out my arms wide to keep the rest of the girls corralled behind me as we slowly backed away from where Zoey stood holding Excalibur frozen in place with her power.

“Let him go! He won’t hurt anyone,” Scarlet tore away from my reaching hands and lunged toward Zoey. With one more word, Zoey reinforced the hold she had on Cal and then turned to meet the furious red-tailed mermaid. Her eyes were flashing dangerously, which caused even Scarlet to falter a bit.

“You have no right to restrain a creature, to take away his will and agency. Let him go and we’ll leave. That way he can’t hurt anyone.”

Zoey’s stare was intense and long, giving me time to realize that the thudding in my ears was the sound of my own heartbeat. Finally she let out her breath and muttered something unintelligible. Cal came back to life and quickly hurried forward to wrap himself around Scarlet in the odd way that he often did, like a shield made of blade and scales.

Scarlet began to retreat across the room, murmuring to her friend as she went. All the rage inside her had not yet dissipated, though, because suddenly she spun round and glared at each of us in turn. “I knew I should not have trusted such spoiled brats to help me. You are so caught up in yourselves you can’t see beyond your own egos and powers.” She aimed her next words at Zoey. “You, you are weak. Your powers are untrained and wild.”

“Enough!” I bellowed. I was so angry I couldn’t see straight so I looked down at my clenched fists and counted to ten. Then I raised my chin and took a deep breath. “Lasses,” I addressed the three Mermaidens standing behind me. “Please go to our room and make sure everything there is prepared. You too, Zoey, please.” The Australian Princess was quivering with anger and for one wee moment I thought she was going to pounce on me. But with Serena and Waverlee on each side of her and Destiny behind, she was finally persuaded to leave the room. Silence settled on both of us as I tried to dispel the frightening amount of anger I felt.

“Look, lass. I don’t know you. You don’t know me. And personally, I’m rather glad we’re not acquainted because you don’t seem the type of merfolk I’m likely to respect much. So,” I growled, “I’m going to make this clear. You keep your insults, your fish, and your general nastiness to yerself. Ye’ve got no business tryin’ ta stir up trouble when it was your fish in the first place who went looking for it.” I sighed, calming myself a little. “Now. What in this great blue ocean got into him?”

Scarlet took her time responding, finally looking a wee bit apologetic now. “For as long as I can remember Cal has been there. He’s always protected me from everything that could have harmed me,” as she spoke, she petted the swordfish fondly. “He would never harm anyone who he didn’t think was a threat.”

I snorted. “Crystal? A threat? Crystal’s only threat is to your conscience when you realize just how good she really is.”

“What was she doing lurking behind that pillar anyway?”

I opened my mouth but nothing came out. “She…I mean she probably…” I trailed off. What was she doing all alone back there?

I didn’t wait for a response. I turned and went to find Crystal. It wasn’t hard to follow the lingering cloud of red tinged water and I entered the room just as Jia and Obsidian were leaving. “How is she?” I asked softly as they slid the door back into place.

“She’ll be just fine. It wasn’t that deep of a cut; it just bled a lot,” Jia told me. “I just put her to sleep and sewed it back up. Obsidian said I should stitch it the old-fashioned way so she could have a ‘cool scar’.” We both looked at Sid as he shamelessly shrugged and grinned. “What? It would be cool.”

I could tell he was shaken up, even though he seemed calm and collected. His laugh was shaky and he fidgeted constantly. “Where is that sack of blubber anyway?” Obsidian asked me. “I’m going to roast him for cutting Crys.”

Jia intervened before I could. “Crystal is fine, Sid. There’s nothing to be worried about, and I’m sure she wouldn’t ever want you to hurt Excalibur for what he did. Besides, you shouldn’t judge him too hard. There are reasons  why he does what he does.”

Both Sid and I perked up at that. Jia swallowed hard, looking suddenly guilty. “I need to go,” she said as she darted away. Sid glanced at me, mouthing What? before giving chase. I almost followed, but suddenly I felt so tired, I couldn’t make myself curious enough to swim after them. I slumped to the ground outside Crystal’s room and closed my eyes.

I felt such a knot in my throat from fear and anger and sorrow, I finally just began to laugh. I laughed at our game of sharks and mermaids. I laughed at the last thing Finn had said to me before I left home. And then I laughed as I remembered Damon.

The stupid merman had nagged me for two weeks, grilling me about my powers, my contact with humans, my friends, and my family. And not only that, but I was constantly finding his cuttlefish friend Noodles creeping around too. Once, I caught a glimpse of him while Finn and I were out exploring a shipwreck. I casually threw a wee bit o’ my light in his direction, sending Fergus splashing after it. After that I hadn’t seen the little sneak for a while.

Thankfully, Damon had left three days before I’d gotten the invite here. He had cut his visit short, something I found remarkably odd as he usually overstayed his welcome. He cornered me just as he was saying goodbye to us all and took his time whispering how lovely it was to see me and all his usual bonnie lies, when suddenly Fergus spotted a wee little light on the top of Damon’s head. The outcome was even better than I could have imagined. The silly seal scrambled off his back where he’d been lying, bounced off of Noodles on his way up—sending the cuttlefish into hysterics—and slapped Damon twice in the face with his tail as he chased the disappearing light. I couldn’t have stopped myself from laughing even if I had wanted to, much to the annoyance of my parents.

As my chuckles at the memory slowly subsided, the door next to me slid away and Crystal sank down beside me. She looked a little paler than usual, but the cut on her arm was wrapped and she moved slow and steady, despite the blood loss.

“What’s so funny?” Crystal asked softly, studying me with her big blue eyes.

“Are you going to pass out if I make you laugh?”

“Maybe. But it’ll probably be worth it.” 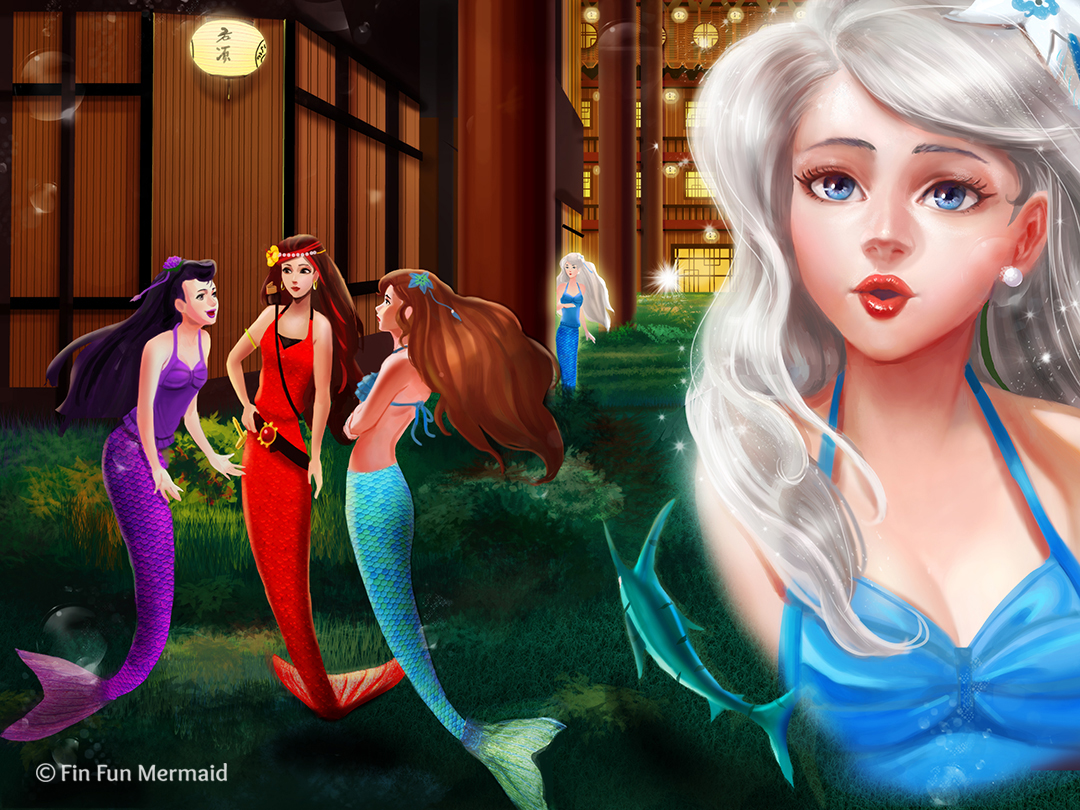 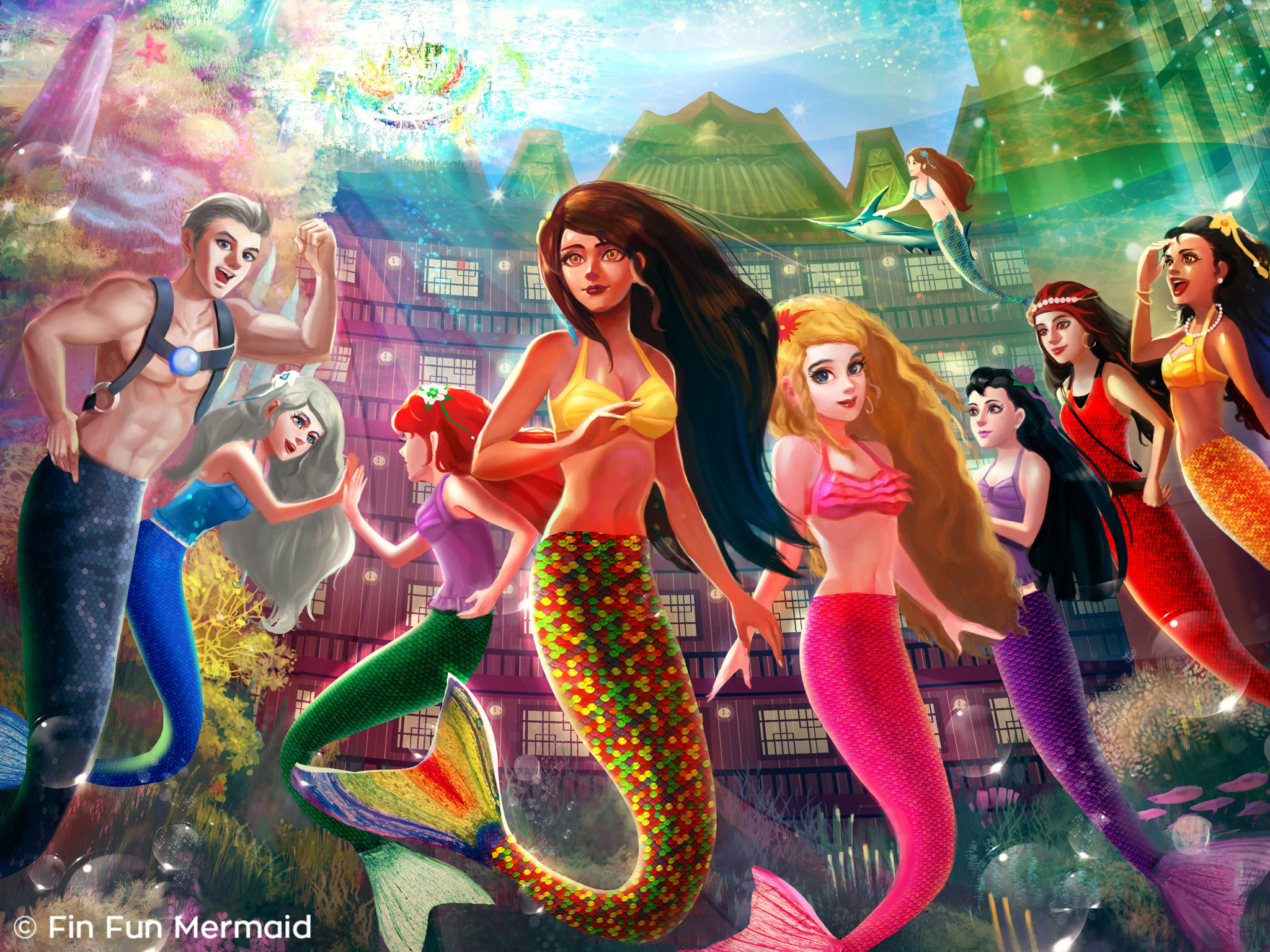