I sat quietly, meditating on a shining purple kelp cushion adorned with delicate crystal beading in strange patterns. This grade of luxury was not easy to come across, but my father had given the cushion to me for my 16th birthday — today.

No, I thought, feeling the anxiety for the day rise up in the pit of my stomach. I furrowed my brow and scrunched my eyelids closed tighter. Meditate. Think only of the soft silky kelp beneath your tail. Smooth. Cool to the touch…

All of a sudden, I felt something burrow beneath one side of my seat just before the entire thing jolted to the right and I slid promptly onto the cold stone floor all tangled up in my own tail. My head bounced against the ground once and I groaned.

Slippery, I added to my mental list of the cushions qualities, while sitting up and rubbing my forehead.

Akiko’s tiny face popped into view above one of the corners of the cushion, which leaned against my tail on its side. I giggled a little at her nearly apologetic expression, which evaporated into a goofy grin at my laugh. “You silly seahorse,” I shook my head as I pushed myself up and straightened my cushion.

Gliding over to the round looking-glass on one wall of my room, I studied my reflection. I looked paler than usual. I tried a smile, then grimaced. As I thought, my eyes traveled to the pink glittering clamshell settled in a basket among a few of my other possessions. It wouldn’t hurt, would it? It is my birthday after all.

As if my mother was watching me with a look of shame, I sidled over to the basket and snatched up the clamshell. My lips turned up a little and my breathing became quick and shallow as a shiver of excitement traveled down my spine. I dashed back over to the looking-glass and popped my treasure open, studying the paints and powders inside. Waverlee had given each of us Mermaidens a set of makeup in a clamshell as a gift before we had gone home from the MerCouncil. At that time I had never thought about using it, since my mother viewed makeup as frivolous and unnecessary. But now, with my nerves so racked, I thought maybe a touch of glitter on my face would give me a little boost.

Quickly, I tried to recall what Waverlee had taught us, and chose a very soft pink to paint a little color into my cheeks. I swept the shimmering stuff up the round part of my cheeks and smiled at the residue that fell and floated down in a cascade of sparkles. Akiko was there before I could blink, snapping at the shining specks.

Next, I chose the closest color to my tail that I could find and painted it onto my lips. In the looking-glass I turned from side to side as I watched my lips shimmer in the light that filtered through my window. I looked wistfully at the brighter colors like turquoise and pink, but resolved that even the color I chose was a risk with my mother’s vigilant stare.

Sighing but feeling a little more hopeful, I turned to Akiko. “I suppose I’m just going to have to get this day over with. Come on, Akiko. Let’s go greet our guests.”

With a flourish, I whipped aside the heavy curtains that barred my doorway, and Akiko and I flew through the palace hallways and rooms until we reached the dreaded entryway. I stopped just short of the last wall that protected me from the hundreds of guests invited by my parents. I swallowed hard, pressing myself flat against the wall while I rehearsed my short speech in my head. It is tradition in my kingdom that the Mermaiden is expected to give a speech every birthday starting with her 16th, to thank her guests and make a good impression on them so that they will go tell the people of our kingdom that Princess Jia will be a good ruler someday.

I glanced at Akiko, who was nibbling the tips of my fingers, and smiled at her. “It’s all about the politics isn’t it, my friend,” I whispered to him. She looked at me with her big adoring eyes and licked my hand.

I turned back toward the sloped floatway that circled down and came to rest in the middle of the room, giving everyone a chance to look me up and down. I took a deep breath and pried myself away from the wall. Panic grabbed me and I quickly smoothed my hair and petted Akiko to try to calm myself. As I edged closer, I peered over the edge and gulped as I saw how long it really was.

I slipped forward into view of the room and began my slow descent. Faces turned upwards and voices hushed into whispers. I lifted my chin a little more and tugged my shoulders back, plastering a soft smile on my face. Beside me Akiko, mistaking all of the attention that was directed toward us as a chance to show off, began zooming around and around my tail, determined to win her race against herself. There were some laughs in the crowd and lots of smiles, including my father. King Takumi sat next to his Queen at the head of the room in their simple but regal thrones, my father with an amused grin widely spread on his tanned face and my mother with a small, polite (somewhat forced) smile and her eyebrows lifted subtly. I swallowed hard, knowing I would get a lecture from her later about Akiko’s behavior.

The gigantic throne room was sparsely adorned for the occasion, as the usual décor itself was very impressive already. Gold plating with intricately carved designs covered the wall behind my parents’ thrones and around the bases of the large pillars that stood majestically in rows, presenting the path from the slope I descended to the feet of the king and queen. The guests encircled the pillars and left a wide space for me to walk among them. The other walls were stained with varying shades of red, purple, green, and blue, sometimes solid colors and most often in the form of a mural. One wall depicted the complete history of our kingdom with vivid colors to represent the battles and coronations. The lighting (throughout the palace) was provided by glowstones set into the ceiling. I distracted myself by taking in the sights of my home, although I knew it by heart.

Finally, I reached the main floor and proceeded toward my mother and father, where a smaller seat was placed to my father’s right. This is where I would sit to greet each of my guests individually and then later rise to give my speech. My stomach knotted itself into a ball and nearly forced up my breakfast at that thought.

At last I reached my place beside my father and he squeezed my hand lightly as I sat down. “Happy birthday, darling. You looked like your mother floating down here,” he said quietly to me. I beamed. My mother was the most regal and beautiful queen I had ever seen in my life and to be told I looked like her was a high compliment. I turned toward my mother and caught her staring at me across from my father. She was smiling a sincere and dazzling smile this time, and she reached out for my hand to hold it for just a moment.

I sat back in my chair, a little anxiety already dissipating from my shoulders. This seemed to signal to my guests that I was ready to greet them because a line began to form in front of me. The first of them was one of my father’s advisors, who greeted me, gave me a silver ring with a flower carved into it, and then promptly began to talk business with my father. After several failed attempts to get him to leave, my father had him escorted away with assurances that they would speak later, even as he continued to gesture wildly with his hands while raving about the kingdom’s economy.

Next, I saw a young couple, just married. The young mermaid, Yeo was a dear friend of my mother’s and they embraced while her husband gave me their gift: a rare breed of coral to add to my garden. My heart soared with excitement and I popped up out of my seat to give them both a hug.

“Your mother mentioned to me that you were an avid gardener,” Yeo said to me. 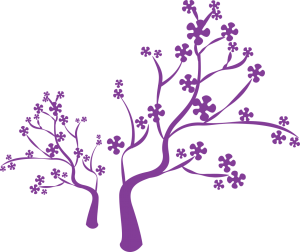 “I never go a day without seeing to my plants!” I told her while caressing the short and bumpy blue coral.

Yeo beamed at me and whispered, “You’ll be an excellent mother, I think.” I looked at her with a little confusion but she looked so happy I didn’t point out that motherhood was many years away for me.

Guest after guest came to see me, talk to me, and shower me with gifts. Every once in a while I would glance into the crowd and see Akiko darting around snatching clams off the table of food or letting a little mermaid pet her soft underbelly. I felt my worries slowly slip away as I was given the opportunity to speak with my guests and get to know them a little better. As I watched a mother and father pull their two little twins away, I silently decided that when I was queen I would get to know the kingdom I was ruling over better than my predecessors.

When finally I had greeted the very last guest in the room, a hush came over the crowd as hundreds of eyes came to rest on me expectantly. My hands only shook a little as I rose and laced them behind my back, clearing my throat.

“Guests and friends,” I began hoping my voice would grow stronger as I spoke. “I want to welcome you to our home and thank you all for coming here today to celebrate my 16th birthday. I hope the food is as good as it looks,” my stomach rumbled to accent my point. Everyone laughed. 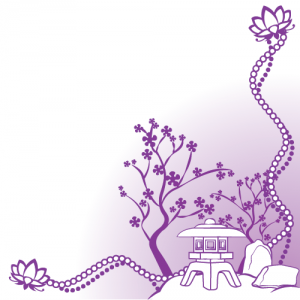 “I know that I have enjoyed meeting with each of you and learning more about the merfolk that I will lead someday. I cannot imagine a more strong or loyal kingdom and I am honored to think that I will have the opportunity to serve as your queen. May you all come to love and respect me as much as you have my parents. I promise to serve you all to the utmost of my ability and to remain fair and just ‘til the end of my days.”

As I sat, the applause was thunderous. My father and mother joined in, too. I lifted my chin and smiled, trying to seal the moment into my memory forever. 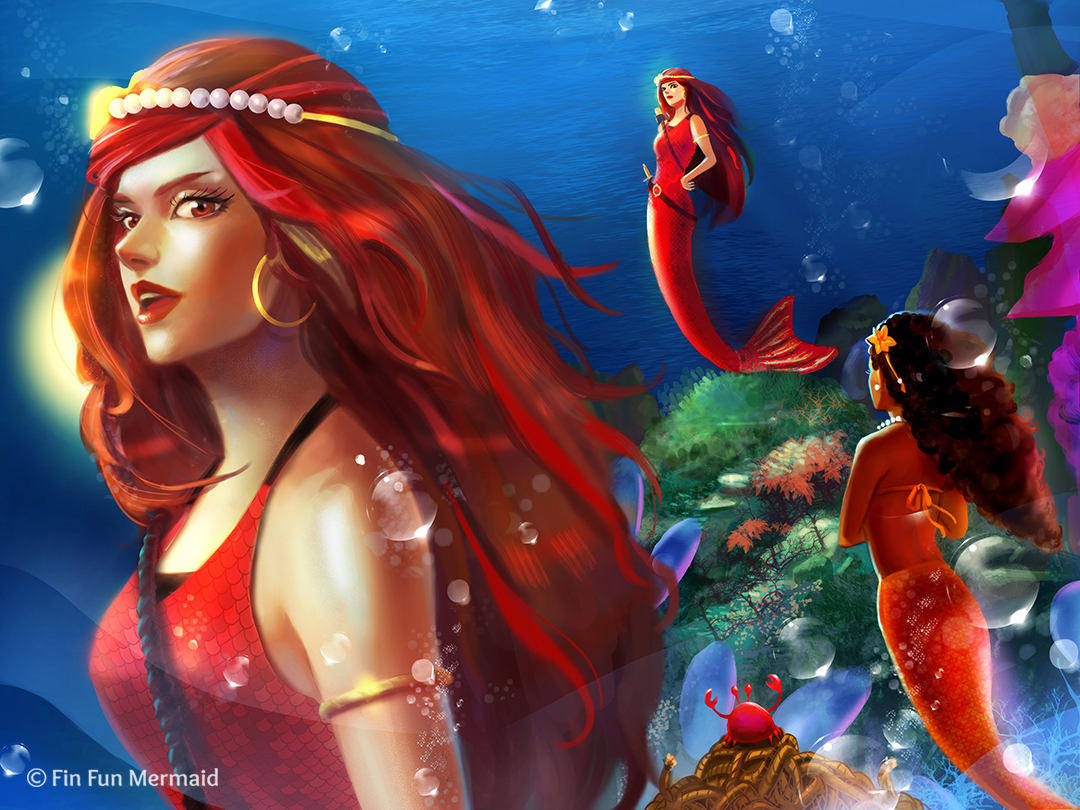