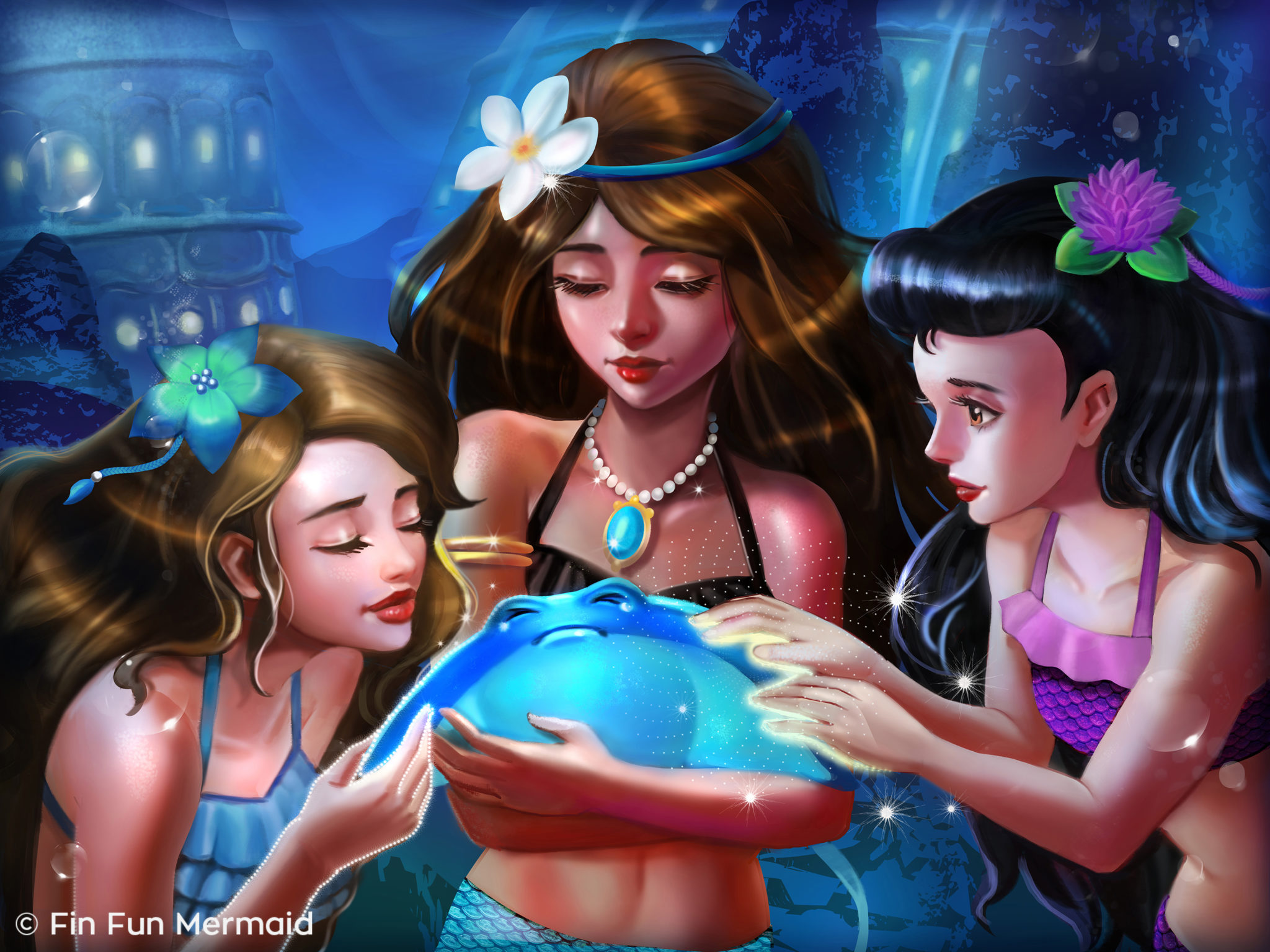 My sisters and I quickly exited the MerCouncil’s chambers with tails full of exhilaration.

“Mariana, I am soooo excited that you’re finally going to be a real Mermaiden princess,” exclaimed Serena. “Do you want some help getting ready for tonight? I can always add a little color to whatever you’re planning on wearing.”

Brynn quickly interrupted. “Serena, that’s a lovely offer, but I have some pressin’ matters to discuss with our bonny teal princess.” Mariana gave me a sideways glance. I think we all saw the flirty exchange between Amani and Mariana and I guessed that Brynn was the only one gutsy enough to ask nosey questions.

Simultaneously, Brynn and I grabbed Mariana by the arm and began leading Mariana out of the fortress.  “Where in the deep blue sea do you think you’re taking me, Zoey and Brynn?” Mariana spoke with concern.

“Oh, just some girl talk. Relax princess,” I retorted. We all laughed. I locked eyes with Brynn and we both knew the information that we were after. Mariana was still very cautious with each of us as she navigated her new life. We understood. We’ve all been princesses our entire lives with our families intact. Mariana had just been given a new life.

We swam happily a short distance outside the kingdom. I was seeking the perfect spot for us to talk to Mariana amongst the radiant coral and glittering starfish, when I could sense a ripple in the water. Something was nearby. Or maybe someone.

“Mariana and Brynn, do you feel something?” Although I didn’t know what Mariana’s special power was, any mermaid worth her tail should be able to feel what I felt. From the corner of my eye, I saw a little movement in a small sand hill. “Girls. Don’t move too quickly, there is something hiding over in that mound of sand,” I whispered.

Stealthily, we swam toward the unknown mass. Brynn quickly created a ball of light to shine on the sand. I could sense that this was a creature of some sort in hiding. As I watched the tip of a blue fin emerge from its sandy coverage, I recognized that it was a baby stingray! We moved closer and the stingray came out of hiding. But something wasn’t right. The baby’s tail was unusually high and its left fin wasn’t in line with the right. Obviously, Mariana could also 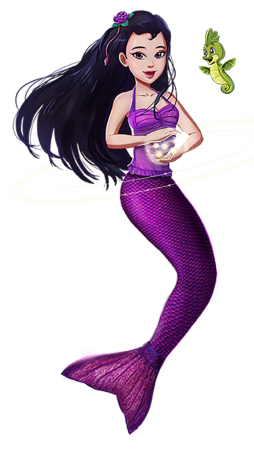 sense that something wasn’t right and hurried over to the distressed fish. I gently placed both of my hands on his textured head and tried to communicate with him.

“This little fellow got caught on a floating piece of metal,” I repeated.

Lovingly but with caution, Mariana began looking for a wound.

“Found it. Poor guy. I think the metal hit his spine, which is probably why he’s having trouble swimming,” said Mariana sympathetically. She scooped him up in her arms in flash. I hadn’t seen her treat someone or something this well since Cal.

“Hey little stingray. Our friend Jia can help heal your wounds if you’ll come back to our resting place. She can make you feel better,” I softly whispered. The stingray communicated his compliance and at once, we were traveling at high speeds to find Jia.

Thankfully we weren’t far away. “Jia! Please save him!” Mariana cried in panic. In a flash, Jia grabbed a soft pouch of colorful powders and shiny liquids. I showed her the place where the metal pierced his delicate flesh. Jia rubbed a beautiful cerulean potion on the wound and within seconds, I could see the skin beginning to heal.

Mariana held the curvy creature during his treatment and looked as if she would never let go. The warmth and compassion I knew existed in her came to life when she looked in his piercing turquoise eyes.

I approached her and gently place a hand on his right fin. “Hiya fellow, I’m Zoey. What’s your name?”

“Ricardo. Please thank your friend for saving me. I have been wandering alone for many weeks now, separated from my family. I wasn’t sure I was going to make it.” I passed along his sentiments to a beaming Jia whose grace and generosity had no end. 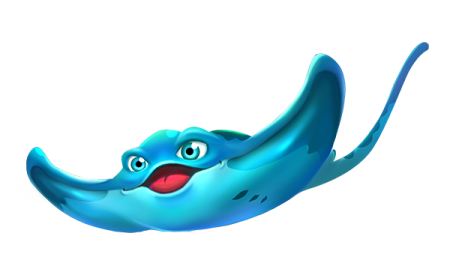 “He’s a bit sleepy from the medicine. He should be good as new in a few hours,” offered Jia. “I’m going to finish getting ready for the party tonight, unless there’s anything else you need.”

“The party! Yes, I had almost forgotten,” I teased. We still needed to talk to Mariana about Amani.

As Jia swam away, Brynn and I floated in tandem closer to Mariana while she continued to comfort Ricardo.

“So, Mariana. I’ve gotta ask, bonny. Did I sense some flirtin’ between you and Amani at the MerCouncil meeting?” Brynn went right for the info.

Mariana turned as red as her old tail. “I couldn’t care less about some fancy-tailed hunk.”

Just then, Destiny came dashing toward us. “Mariana! What…or should I say WHO are you holding?”

“His name is Ricardo. We found him hurt among the coral just outside of the entrance. Jia healed his wounds,” Mariana explained.

“He’s a cutie. And so is Amani. He’s been looking for you. You better put that fish down and get ready for your big night,” Destiny exclaimed excitedly.

“Ricardo isn’t going anywhere. I’m never going to let him get hurt again,” Mariana said protectively. “Rico, that’s a better name for you.” She stared maternally at the beautiful blue fish. “I was once lost at sea with nowhere to call home. I relied on Cal to be my family. Rico doesn’t deserve to feel the pain I felt on my own. This is my chance to pay back what Cal did for me.”

We all stared reverently as Mariana transformed once again.

After a few moments of silent support, I softly said “Mariana…did you hear what Destiny just said? Amani is looking for you. He’s so cute!! Come on – aren’t you interested? Looks like he’s very interested in you…” my words trailed off.

And before she could answer, her mouth told the story. The curves of her lips rose and her eyelashes began to flutter. This should be an interesting night after all! 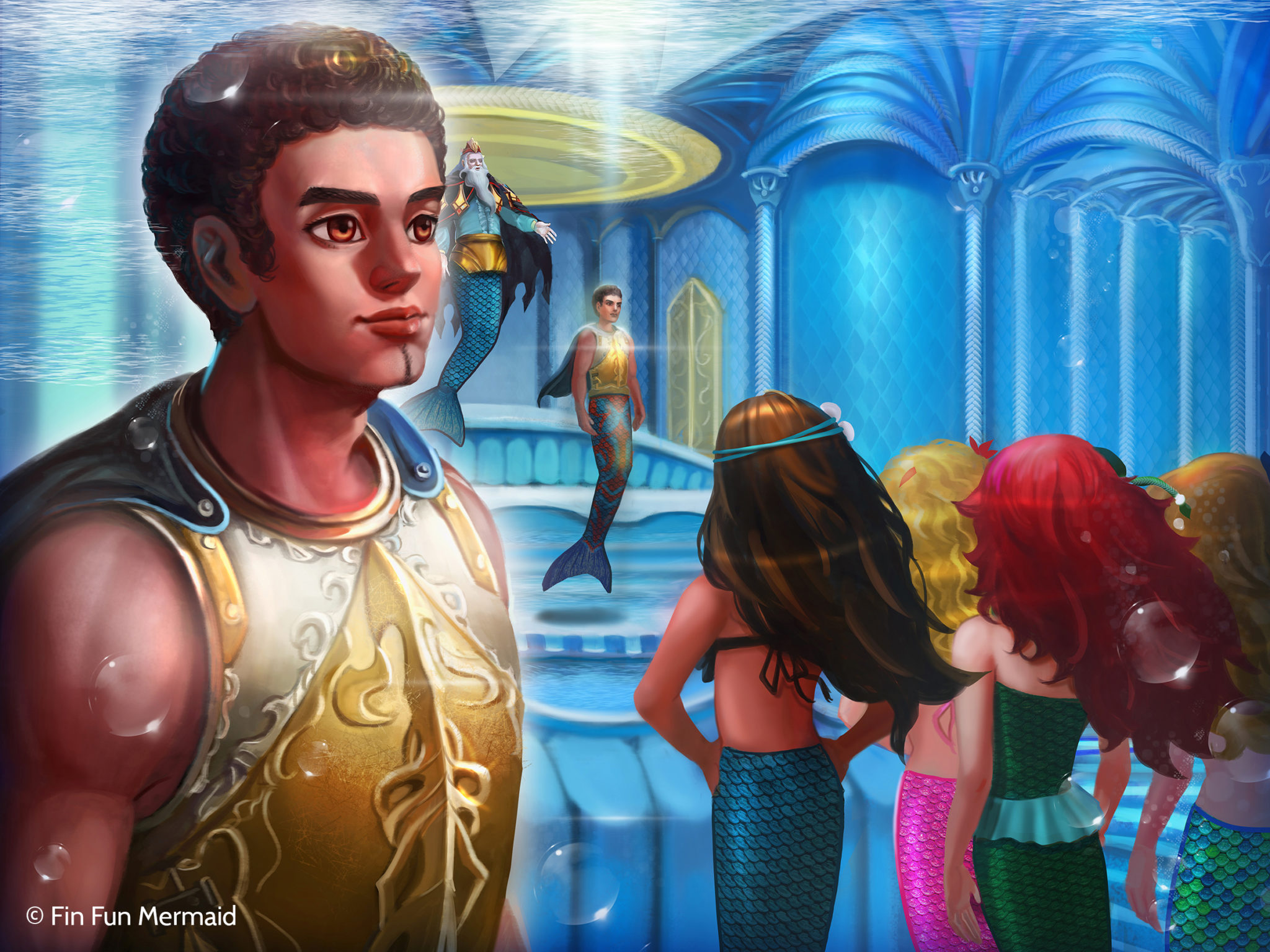 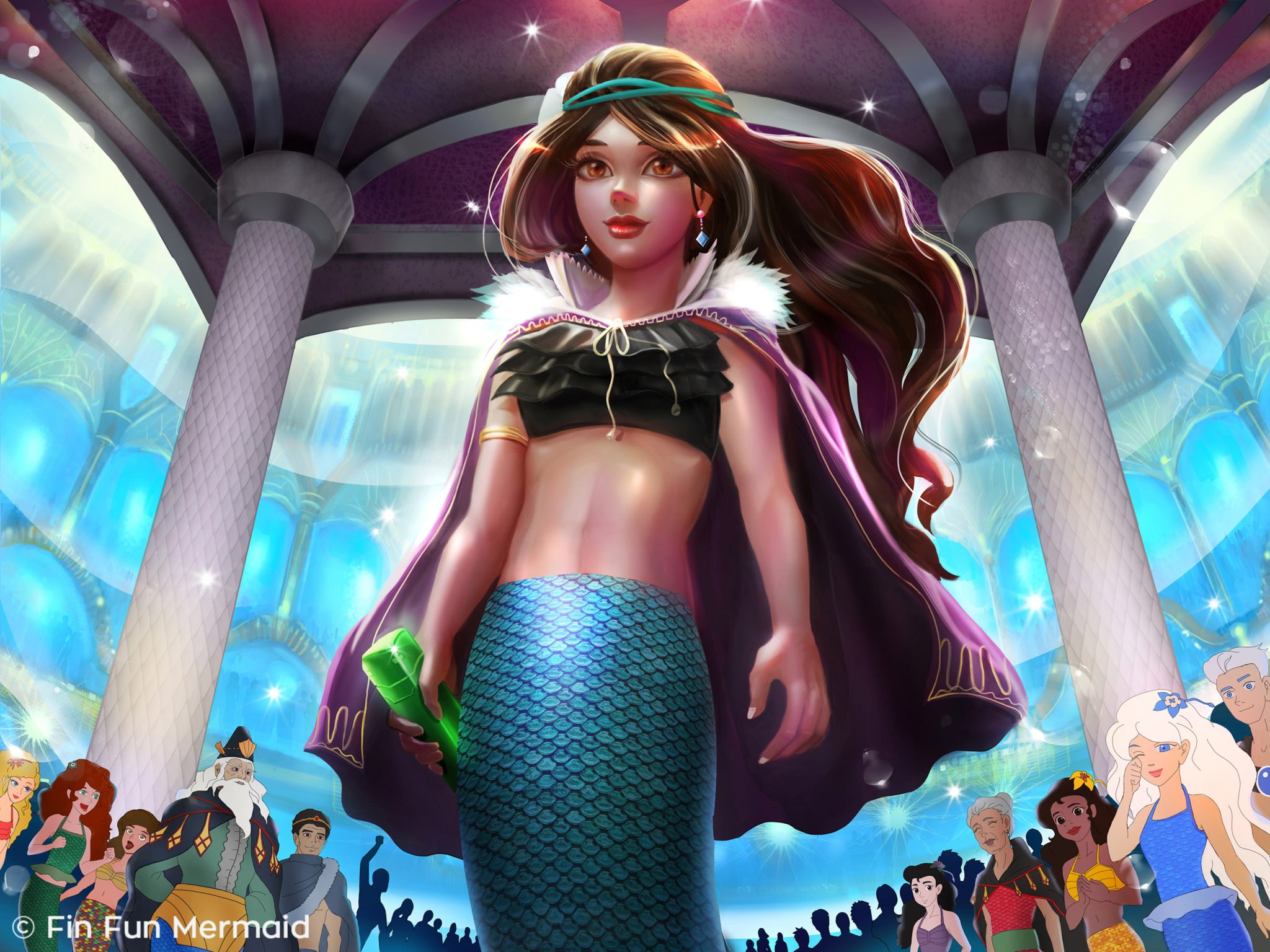